Nevada Looking to Exile Those with Mental Illness 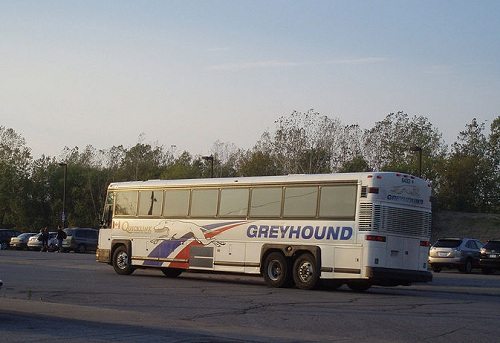 Imagine being admitted to a hospital because of challenges related to your struggle with mental illness and being released, driven to the bus station, and being put on a bus to a city you have never visited with just enough medication to barely help you through the end of your bus ride. No, this is not a new feature on the reality show Amazing Race. This is how Nevada deals with its mentally ill, as seen through hundreds of cases, similar to James Flavy Coy Brown’s. According to the San Francisco Chronicle, he was sent on a 15-hour bus ride to Sacramento, despite having no family or friends in the area, and with no arrangements for his care, housing, or treatment. The hospital that Brown departed from gave him a one-way bus ticket, peanut butter crackers and a three-day supply of medication to treat his schizophrenia, depression, and anxiety. He was told to call 911 when he arrived in Sacramento.

According to San Francisco City Attorney Dennis Herrera, nearly 500 patients who have been discharged from a state-run psychiatric hospital in Las Vegas since April 2008 have been sent by Greyhound bus to California, in a practice that is now commonly referred to as “Greyhound Therapy.”  DJ Jaffe, executive director of the Mental Illness Policy Organization, a nonprofit advocacy group, said the recent findings regarding the treatment of Nevada’s mentally ill are a clear reflection of “patient dumping” that occurs across the country but has gone undocumented prior to the recent public allegations.

The federal government has taken notice as Medicare & Medicaid Services has issued a letter to the Nevada health department notifying one of the hospitals cited with dumping, Rawson-Neal Psychiatric Hospital, that they are not in compliance with standards allowing it to receive payment for patients covered under Medicare. The hospital receives most of its funding from the state of Nevada. What’s more, the Joint Commission, a nonprofit oversight agency for hospitals, has yanked the facility’s accreditation, which could pose serious financial losses for the state facility.

The ramifications of the Greyhound Therapy practiced in Nevada and elsewhere could be disastrous. According to Brown, having been dropped off in Sacramento with a dwindling supply of medication, he was left to self-medicate, stating that he got off the bus in Sacramento and contemplated ending his own life because the voices in his head grew louder with each step. According to a local television story on Brown, he was “fearful, cold and confused” as he walked two blocks to the local police station. Police officers drove him to a homeless shelter. There staffers contacted a local newspaper where a reporter’s simple search located his daughter in North Carolina. “She wasn’t looking for me. She thought I was dead,” Brown said.  According to Brown’s daughter, Shotzy Harrison, she feels the treatment her father received was “reckless, irresponsible … like he’s not a human being, like he’s a second-class citizen.” –John Brothers