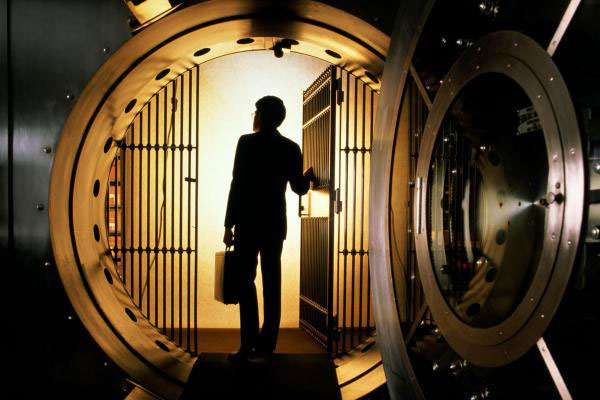 In a move that could affect developing countries and the non-governmental organizations (NGOs) within their borders, longtime UN leader and transparency activist Alfred de Zayas called upon incoming UN Chief António Guterres to prioritize ending offshore tax havens. The law professor anticipates that Guterres, the former prime minister of Portugal, will understand the impact of tax havens and secrecy jurisdictions on a country’s economy. De Zayas’ goal is to convene a UN conference to explore some viable options, which dovetails the pact made between the Organization for Economic Cooperation and Development (OECD) and more than 85 countries sharing financial data to prevent shadowy financial dealings.

Tax havens and secrecy jurisdictions are “places that intentionally create tax regulation for the benefit of use of non-residents to undermine another jurisdiction’s legislation and regulation.” Tax havens are legal, offering the benefits of low or no taxes, and are characterized as “tax avoidance.” Secrecy jurisdictions use non-reporting to hide money, which is tax evasion. However, according to de Zayas’ thinking, the potential to test the boundaries of ethics and the law exists in both.

According to de Zayas’ most recent report to the UN General Assembly, an estimated $32 trillion is held offshore in secrecy jurisdictions, escaping regulated taxation. Legal transactions can also be problematic. Matt Salomon, chief economist at Global Financial Integrity, told the CBC the amount legally siphoned from developing economies into tax havens is around $1 trillion per year.

The top three secrecy jurisdictions in 2015 were Switzerland, Hong Kong, and the United States—specifically, Wyoming and Nevada, although South Dakota has recently opened for business as well. Rothschild and Co. established a trust in North America in Reno, Nevada in 2013. Customers with a mix of assets and relatives in the United States and abroad were attracted to the “stable, regulated environment” available in the U.S. Trident, another trust, “moved dozens of accounts out of Switzerland, Grand Cayman, and other locales, into Sioux Falls, South Dakota, ahead of a January 1st disclosure deadline.” Alice Rokahr, president of Trident in South Dakota, with its low taxes and confidential trust laws, was surprised at how many former Swiss bank accounts wanted out of Switzerland.

Other high-profile jurisdictions include Luxembourg, the Netherlands, Belgium, Malta, Cyprus, Singapore, Liberia, the United Kingdom, and Panama—as was emphasized dramatically by the leak of the “Panama Papers” in May. The 11.5 million Panamanian law firm documents brought renewed calls for an end to shadowy financial activity. The UK was singled out with more 100,000 dummy companies registered in the British Virgin Islands. Britain’s former world dominance has created havens for hiding money in its overseas territories.

The United Nations Economic Commission for Africa estimates in a recent report that African governments lose between $30 billion and $60 billion per year to tax evasion, or other “illicit financial flows.” During the 2015 UN Financing for Development Conference, African nations lobbied Western countries to close tax loopholes and shut tax havens, with many offering to forgo aid in return. Heavy pressure from Britain’s David Cameron and other Western nations successfully passed the conference’s major tax breakthrough, the Addis Tax Initiative. The initiative pledged that donor countries would double aid to strengthen tax systems in African and other developing countries. They never mentioned reforming their own tax haven systems, which produce an annual $1 trillion loss to illicit financial flows, according to Global Financial Integrity. These countries receive a mere $135 billion in annual aid.

The differences between economic powerhouses and the rest of the world can’t be overstated. Secret and illegal tax haven dollars in developing countries could fund basic infrastructure projects, health and welfare programs, and improved educational systems. In 2007, Vodafone, the global telecom provider powerhouse, wanted to buy Hutchison Essar Ltd, an Indian subsidiary of a Hong Kong-based company. Although Hutchison Essar did business only in India, it was registered as a business in the Caribbean Cayman and British Virgin Islands—both tax havens—and Mauritius, another one in the Indian Ocean. Vodafone bought the company through a Netherlands-based subsidiary. None of those places levy capital gains tax. Consequently, India was not able to claim the $2.2 billion it would’ve earned without the tax havens.

“The United Nations must take concerted action against abuses and crimes perpetrated by individuals, speculators, hedge funds, and transnational enterprises who skirt taxes and loot governments,” de Zayas insists. In a global economy where poverty rates are rising as incomes for a small percentage of people skyrocket, now, he believes, would be the perfect time to take steps toward leveling this playing field.—Mary Frances Mitchner