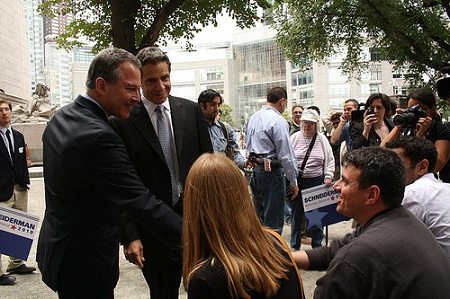 “When people spend money to try to influence our elections, the public needs to know where that money is coming from, and how it is being spent. Nonprofits should not be used to subvert that basic principle. Simply put, transparency reduces the likelihood of corruption,” says New York Attorney General Eric Schneiderman.

Proposed new regulations announced yesterday by Schneiderman would require that nonprofits spending at least $10,000 to influence local and state elections in New York file itemized schedules of contributions and expenses. These would then be publicly published. The regulations include 501(c)(4) social welfare organizations.

Schneiderman said of the new requirements, “More money is being spent on our elections, with less disclosure of where that money is coming from, than ever before…By shining a light on this dark corner of our political system, New York will serve as a model for other states, and for the federal government, to protect the integrity of nonprofits and our democracy. Requiring nonprofits to disclose the extent and nature of their electioneering activities will protect prospective donors from misleading solicitations, and give voters more information about who is behind many of the ads they are seeing.”