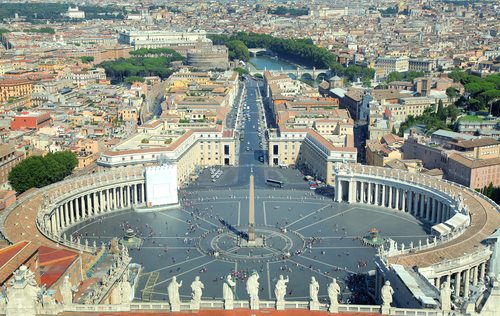 The Vatican has issued new guidelines for Catholic charities, and the rules may have a significant impact on Catholic charities’ ability to collaborate with non-Catholic groups. A new apostolic letter, issued December 1 on the Vatican web site, is titled “De Caritate ministranda,” or, “On the service of charity.” The rules seek to assure that Church-affiliated charitable organizations and charitable works are also compatible with Catholic teaching. The National Catholic Reporter summarizes the edict from Pope Benedict XVI:

The Reporter article states that Catholic charities are instructed to be “…transparent in the administration of funds, to make regular financial reports, and to ensure that expenses and salaries are ‘proportionate’ to the budgets of other church offices.” However, the accountability mentioned in the letter is to ecclesiastical authority, not to secular authority. There is no change in accountability to governmental entities.

While the apostolic letter only applies to Catholic charities, the rules against taking money from or publicizing groups or initiatives at odds with Catholic dogma could conceivably make collaboration in the delivery of services problematic in some countries and communities. Also, employees of Catholic charities may take issue with giving “an example of Christian life” as a condition of continued employment. Additionally, local Catholic bishops, who already exercise significant authority over Catholic charities, will have to include the new guidelines into their oversight of Catholic charities in their dioceses.

It will be interesting to see how these changes affect Catholic charities in the U.S., where not all bishops are equally committed to a strict interpretation of Vatican-issued rules. What will the strategy mean to Catholics and the people they serve when it is put into practice in communities around the world? –Michael Wyland