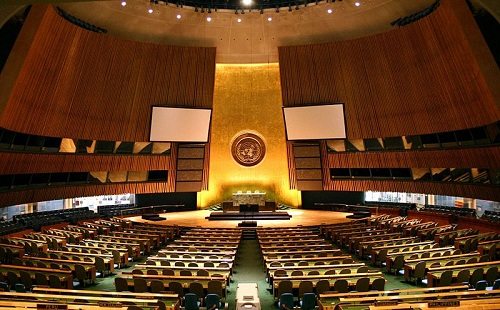 Last week, the United Nations Human Rights Council agreed to establish a commission of inquiry into North Korea’s alleged systematic violations of human rights. Roberta Cohen (no relation) of the Brookings Institution calls this a “long overdue recognition that a human rights ‘emergency’ exists in North Korea.” This actually means that “the international community is viewing North Korea’s violations as possible crimes against humanity for which North Korean leaders could be held accountable.”

Marzuki Darusman, the U.N. special rapporteur on human rights in North Korea, laid out nine practices that could constitute North Korean violations of human rights, according to Cohen: “food policies leading to starvation; prison camps; arbitrary detention; the use of torture and inhuman treatment; enforced disappearances and abductions; policies of discrimination; and violations of freedom of expression and movement, and of the right to life through executions and extensive use of the death penalty.”

North Korea responded with less than open arms to the commission, calling it “part of a ‘political plot’ of ‘hostile forces.’” The regime’s impression of those hostile forces must include NGOs, about 40 of which joined together in 2011 to form the International Coalition to Stop Crimes Against Humanity in North Korea. According to Cohen, “Although NGOs can be competitive and even undercut each other’s work, the more than 40 groups that have banded together have shown remarkable unity and effectiveness.”

This is coalition-building at its most important. The organizations are cooperating not for cost reductions or fundraising or joint public relations. They are coalescing to save people. According to many reports, about 200,000 to 250,000 people live in North Korea’s gulags, millions have been killed by the regime over its history, and millions more have died of starvation. The U.N. inquiry is obviously no panacea. North Korea will probably try to survive this critique much as it has done in the past, through bluster and blame. But NGOs will be funneling assistance, as best they can, to ordinary North Koreans and those same NGOs will keep this issue front and center.