NGOs Celebrate Success on Mine Treaty, But Where’s the U.S.? 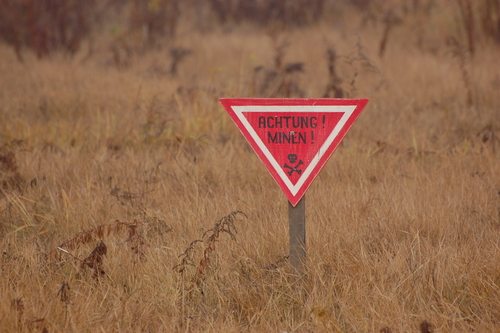 In all of the news that highlights the challenges, problems, and frustrations facing the nonprofit sector, let’s take a moment to talk about some success. Preparing for the annual meeting of the Anti-Personnel Mine Ban Convention (occurring this week in Geneva, Switzerland), NGOs are celebrating progress. According to Alan Cole, writing for Xperedon, “The International Campaign to Ban Landmines, a 1997 Nobel Peace Prize co-laureate, says landmine use by governments is now at a low with mine clearance services benefiting from record levels of funding.” The editor of Landmine Monitor 2012, Mark Hiznay, says, “The low in anti-personnel landmine use by states this year, the all-time high in mine clearance funding in 2011, and the dramatic reduction in landmine casualty rates compared to one decade ago is a testament to the achievements of the Mine Ban Treaty over the past 15 years and that’s the good news…”

Governments from 160 nations have signed the treaty, including, most recently, South Sudan and Somalia. That means 80 percent of all countries have agreed to ban “the production, use, transfer and stockpile of landmines.” However, funding set aside for victim assistance decreased by 30 percent between 2010 and 2011.

NGOs have played a major role in promoting the treaty, monitoring progress, and actually undertaking mine clearance and victim assistance activities. For example: the Mines Advisory Group has been running clearance activities in countries such as Somalia, Cambodia, and Iraq; the Halo Trust has been clearing mines in Sri Lanka; and APOPO has been using trained rats for mine clearing activities in Angola, Thailand, and Mozambique.

That doesn’t mean that the land mine problem is solved. In 2011, there were 4,286 casualties attributed to land mines and explosive remnants. And while only one country (Syria) used anti-personnel landmines in 2012 (down from four users in 2011), land mine casualties increased in places such as Libya, Sudan, South Sudan, and Syria.

But a few countries still haven’t signed the treaty, such as China, Libya, Burma/Myanmar—and the United States. There we are again, the most powerful nation in the world choosing not to agree to an international treaty that requires the U.S. to do nothing that it isn’t already doing and really just brings the world up to the level of U.S. practice. It’s similar to the United Nations treaty on the Convention on the Rights of Persons with Disabilities. Just this past week, Republicans in the U.S. Senate managed to defeat that treaty, which simply called for bringing the practices of signatories in regards to protections for disabled people up to the level that the U.S. adopted for itself more than two decades ago in the Americans with Disabilities Act.

Is the message to the world that we—or at least Senate Republicans—care more about expressing our dislike of the United Nations than we care about protecting disabled people or saving people from anti-personnel mines? Give the NGOs big time credit for important successes in dealing with anti-personnel mines. However, there’s something wrong when the most powerful nation in the world is standing apart from international treaties calling for the elimination of mines and the protection of disabled people.—Rick Cohen