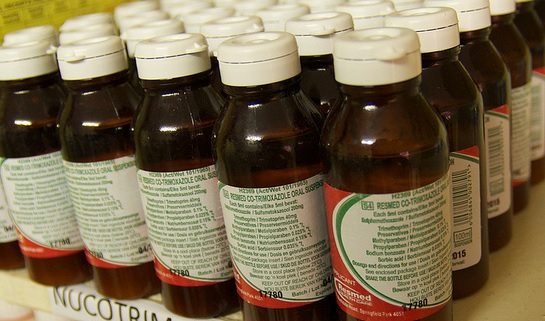 Nonprofits can be effective advocates for their causes in tandem with government agencies, but it’s not always unanimous. The fact that groups dedicated to serving the same constituency and cause can sometimes differ on the best approach is testimony to the diversity of ideas and approaches in the nonprofit sector. Here’s a case in point.

The Human Rights Campaign (HRC), the largest U.S. gay rights organization, has endorsed efforts to promote the use of the once-a-day pill Truvada to prevent HIV infection, according to the Associated Press. The group also called on insurers to provide better coverage for it.

Truvada is controversial; some doctors don’t prescribe it because they believe it might encourage high-risk, unprotected sexual behavior. However, its use has been endorsed by the Centers for Disease Control and Prevention (CDC), the World Health Organization, and many HIV/AIDS advocacy groups. HRC, better known for its advocacy on gay marriage and anti-gay discrimination, released a policy paper strongly supporting the preventive use of Truvada as “a critically important tool” in combatting HIV.

But the Los Angeles-based AIDS Healthcare Foundation, a large, well-known HIV services provider globally, is a vocal critic of preventive use of Truvada. An ad campaign launched over the summer by the Foundation says many gay men fail to adhere to Truvada’s once-a-day regimen and calls the government’s promotion of the drug a “a public health disaster in the making.” Then, earlier this month, an alliance of about two dozen HIV/AIDS organizations in New York released an open letter to the Foundation, asking it not to extend the ad campaign to their state, saying, “We believe your campaign could prevent people at risk for HIV from using this potential lifesaving medication.”

The AP story, taken here from the Lake Wylie Pilot in South Carolina, says that HRC called on insurers, regulators and Truvada’s manufacturer to take steps to reduce costs, raise public awareness, and make the option available to all medically qualified individuals who could benefit from it, regardless of ability to pay.

While it has been around for 10 years as one of the drugs used in “cocktails” with others to treat HIV, in 2012, the Food and Drug Administration approved Truvada as a pre-exposure prophylaxis to help prevent people from getting HIV in the first place. The CDC says studies have shown that Truvada can reduce the risk of getting HIV by 90 percent or more; research has found that use of the drug does not encourage risky sex.

The cost of Truvada varies widely; a New York State Health Department fact sheet gives a range of $8,000 to $14,000 per year. The manufacturer, California-based Gilead Sciences Inc., has a program that provides assistance to some people, but sales of the drug have been disappointing.—Larry Kaplan