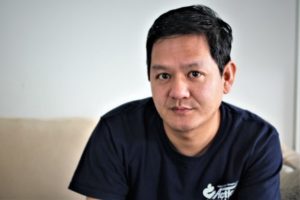 Vu Le knows that his opinions can upset people working in philanthropy, nonprofits and fundraising. “We perpetuate the savior complex, the othering of people, poverty tourism,” says the NonProfit AF blogger and executive director of Rainier Valley Corps, a nonprofit in Seattle whose mission is to bring more leaders of color into the nonprofit sector. “I think that everyone means well [but] we really need to examine the issues that we’re trying to address.”

He did this, for example, in a recent blog post drawing parallels between foundation fragility and white fragility. “All these fragilities are problematic because they divert the conversation,” he says. “With funder fragility, there’s also this element of power and there is a lot of money attached to it.”

For instance, Le describes a gathering he attended of nonprofit professionals of color that was derailed when a foundation officer took offense to the complaints being voiced about philanthropy. Le noted the rush that ensued to make the funder feel better despite the real concerns that had been raised. “We always make sure that program officers are feeling good, that they like us, because otherwise we could jeopardize funding for our organizations,” Le tells us. “If funders don’t understand that – and then they get offended – and instead of realizing that they have a lot of power…it creates more more problems and challenges for the nonprofit.”

In this podcast, Le shares his wider concerns and frustrations around traditional grant-making and how those systems tend to disadvantage nonprofit leaders of color and the organizations they champion. He explains why a sense of humor is important when delivering tough truths. And as a nonprofit leader, he has a direct message for funders. “We’re not parasites and freeloaders. We are trying to solve some of the most complex entrenched issues that are out there,” he says. “Trust us to do our job, and do your job by bringing funding.”

Vu Le: Hey people with privilege, you need to be OK with making mistakes and being called out

Anand Giridharadas on Tiny Spark: Winners Give More As America Loses Out