Nonprofit as Front: Conflicts of Interest in Pittsburgh Shale Group 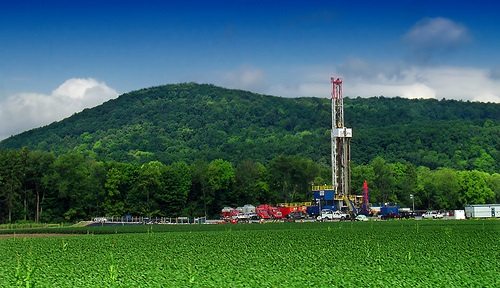 An interesting advocacy battle is occurring with the backdrop of the Marcellus Shale gas industry. Earlier this month, a Buffalo NY-based entity, the Public Accountability Initiative, issued a scathing report describing the Center for Sustainable Shale Development as an “industry front group”.

The Marcellus Shale area extends through parts of New York, West Virginia, Ohio, and 60 percent of Pennsylvania. For Western Pennsylvania, the Marcellus Shale area’s holdings of trillions of cubic feet of natural gas represent jobs and other economic benefits—and controversies regarding the environmental impact of horizontal drilling and hydraulic fracturing (or “fracking”).

The 501(c)(3) CCSD describes itself as “an unprecedented collaboration built on constructive engagement among environmental organizations, philanthropic foundations and energy companies from across the Appalachian Basin…[focused on] the development of rigorous performance standards for sustainable shale development and a commitment to continuous improvement to ensure safe and environmentally responsible development of our abundant shale resources”.

The Pittsburgh-based Post-Gazette’s editorial board took the Public Accountability Initiative’s report to task, suggesting that the Initiative “is not interested in details,” “uses inaccurate shorthand to disparage four of the center’s participants,” and ultimately “reads like a conspiracy theorist’s screed.” The newspaper’s editors summed up their critique with the conclusion that the Public Accountability Initiative “has painted itself into a corner, offering half-baked critiques and nothing constructive.”

This report of the Public Accountability Initiative, Anatomy of an Industry Front Group, follows up on a report PAI released last year called The Big Green Fracking Machine and concludes, like last year’s analysis, that the oil and gas industry basically runs the Center.

In Big Green, PAI noted the presence of industry representatives (from Chevon, Consol, EQT Resources, and Shell on the board, occupying four of twelve board seats), close ties between the environmental groups on the CSSD board (notably, the Environmental Defense Fund) and the oil and gas industry, and at the time, undisclosed relationships between then president of the Heinz Endowments, Bobby Vagt, who served as chair of and provided funding for CSSD, and the oil and gas industry, including his personal board service at the Kinder Morgan natural gas pipeline company (a story we described as “Fracking Down the House”). In Anatomy, PAI added more:

From the outside, NPQ is hardly in a position to weigh in on whether CSSD’s ideas on sustainable shale mining are legitimate and we are not about to disparage the bona fides of any of its board or staff members. However, the observations of the PAI explaining the connections of the Center to the oil and gas industry are important to keep in mind. It is not illegitimate to disclose that information for the public to make judgments about what the Center ultimately recommends.

For the Post-Gazette editors, while it is important to defend people like Cohon and LeGros from unsubstantiated allegations, they ought to acknowledge their own potential business benefits from Marcellus Shale development. With many people tying the economic future of Western Pennsylvania to shale drilling, the Post-Gazette has its own stake to acknowledge in the potential direct and indirect economic impacts of the industry’s progress, the journalistic “boosterism” for local business interests that is hardly unknown in the American press.

All of us can remember that in the array of political interests arrayed pro and con gas drilling, the economic power lies strongly on the side of Chevron, Shell, CONSOL, and other corporate players in the Center’s mix. The Public Accountability Initiative’s reports raising questions about the Center’s agenda and priorities are tiny counterweights to the deep-pocketed industry’s role in the Center’s research and advocacy. But it hardly hurts at all for a group like the Public Accountability Initiative to raise issues and point out conflicts of interest in order to promote a higher quality approach to the exploration of “sustainable shale development.”—Rick Cohen