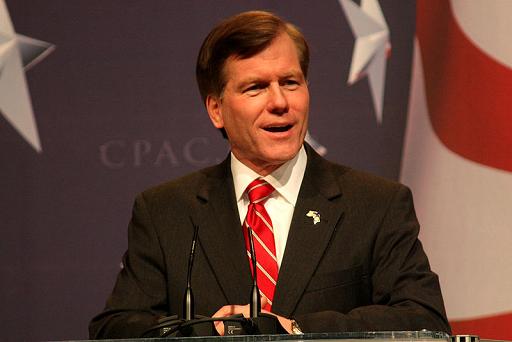 It’s probably a good thing that the Restoration Fund, a newly established “nonprofit” is not, according to news reports, registering as a 501(c)(3) public charity. The Fund is apparently a legal defense fund for Virginia governor Bob McDonnell and his wife Maureen, who have engaged in gift acceptance behavior that will undoubtedly scuttle any hopes the genial Republican governor had for higher office.

Although McDonnell claims his behavior was all legal under Virginia’s incredibly lax laws, he and his wife seem to have been willing recipients of a shower of gifts from all kinds of business people.

Our favorite is Maureen McDonnell’s reported acceptance of free cosmetic dentistry work from a Richmond-area dentist. Dental work is expensive, so we don’t know if burnishing the first lady’s smile was quite as expensive as the $15,000 New York shopping spree and $5,000 Rolex given by Jonnie Williams, the CEO of a firm called Star Scientific, a nutritional supplements firm. Williams also paid for the $15,000 catering bill for the wedding of one of the McDonnells’ two daughters, perhaps part of as much as $145,000 Williams made as gifts and loans to help the McDonnells out with the costs of the two daughters’ weddings.Apparently, investigators are looking at other gifts of clothing, furniture, and jewelry, including jewelry that may have come from a state delegate who happens to be a jeweler himself.

The founders of the new nonprofit, Virginia Beach attorneys Stanley Baldwin and Jason Miyares, plus businessman Tom Knox, hope that Restoration will “clear [McDonnell’s] good name.” These fellows are rock-ribbed Republicans watching the sad trajectory of McDonnell, who was once talked about as a possible presidential candidate. Miyares is a senior advisor to Scott Rigell, a member of the conservative federalist society, and a frequent contributor of musings published in the conservative “Bearing Drift” newsletter extolling the likes of Rand Paul and Ted Cruz. Baldwin was executive vice president and general counsel of the Amerigroup Corporation and a director of the Amerigroup Foundation. Knox runs CareFamily, a home health care provider with involvement as a board member at the Alzheimer’s Foundation and We Care America.

They have pledged that donors who give $200 or more to Restoration will be disclosed to the public.

Right now, McDonnell has the backing of a nonprofit that’s meant to help with McDonnell’s image and political future.It looks to us that thisis a nonprofit that is going to have to work hard just to allow McDonnell to serve out his term.—Rick Cohen