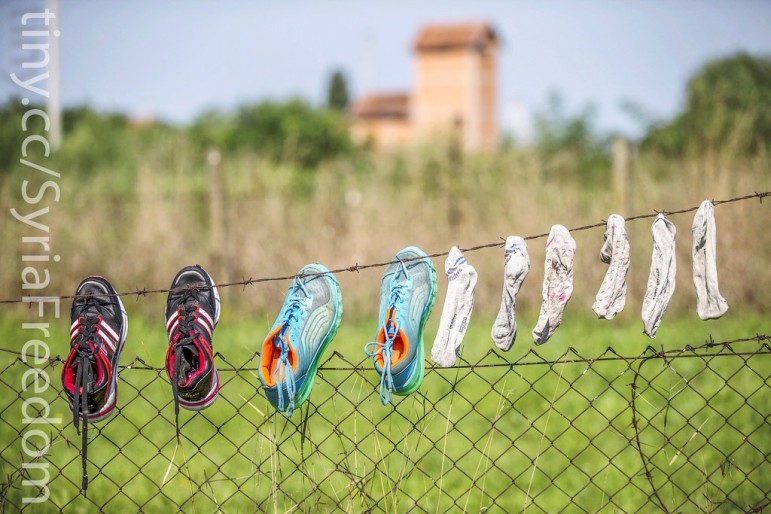 What does it mean to be an affirmative member of the nonprofit or “independent” sector?

Earlier this month, Governor Chris Christie directed the New Jersey Department of Human Services not to resettle any Syrian refugees in that state, although the state has a Syrian community with a 150-year history, and he ordered nonprofit organizations to notify the state of any Syrian placements in New Jersey. The State Department tries to place refugees where they have family ties, and New Jersey has the sixth-highest population of Syrians in the country, with almost 12,000 residents of Syrian ancestry.

Resettlement groups immediately declared their independence. “We don’t believe the directive the governor put in place is necessarily enforceable,” said Erol Kekic, executive director of immigration and refugee programs for Church World Service. “Immigration is a federal issue. He can’t control who lives in his state.” And as for reporting any contact, Kekic said that information on any refugees settled in New Jersey is already easily available to governors by calling the State Department in Washington, D.C. “It’s not something very secret, nor it is hard to obtain,” said Kekic, “If Christie and these other governors want to know who and where these refugees are, maybe they should pick up the phone?”

But as we have written before, even though governors do not have the power to exclude refugees (according to the Refugee Act of 1980) and the U.S. Department of State oversees their screening and resettlement, states are responsible for regranting federal dollars to local resettlement nonprofits, and some states have been using that position to block resettlement through threatening nonprofits with state contracts in order to get them to withhold services from Syrian refugees. Kekic, however, has declared that if the state were to cut his agency off, they could get funds elsewhere.

Still, the Central New Jersey Interfaith Coalition for Refugee Resettlement, which includes 30 faith communities, has raised $11,000 to help the Alroustoms, a Syrian refugee family, pay for housing and other necessaries in Paterson, where a large longstanding community of Syrians already exists. Rabbi Philip Bazeley of the Anshe Emeth Memorial Temple in New Brunswick, where congregants have been raising money for refugees, including the Alroustoms, is quoted as saying that politicians are making “xenophobic” comments and playing on people’s “fear of the other” to make political points.

“As a Jew,” Rabbi Bazeley says, “that worries me tremendously.”

The American Civil Liberties Union of New Jersey filed a request Tuesday to be notified of any communication or directives sent to refugee-serving agencies.

Elsewhere, last Monday, after a family had been diverted from Indiana to Connecticut, the American Civil Liberties Union of Indiana filed a federal lawsuit on behalf of Indianapolis nonprofit Exodus Refugee Immigration, accusing Gov. Mike Pence of violating the U.S. Constitution’s Equal Protection Clause and Title VI of the Civil Rights Act by accepting refugees from other countries but not from Syria.

“There is no border around the state of Indiana that prevents people from entering our state who may move freely within the United States,” ACLU of Indiana legal director Ken Falk said in a statement. “Decisions concerning immigration and refugee resettlement are exclusively the province of the federal government, and attempts to pre-empt that authority violate both equal protection and civil rights laws and intrude on authority that is exclusively federal.”

The willingness of nonprofits to not only refuse to comply with bad policy but also to challenge it in court and in public is something that should be celebrated by all of us in this resource-dependent sector. It makes us all a bit more free.—Ruth McCambridge