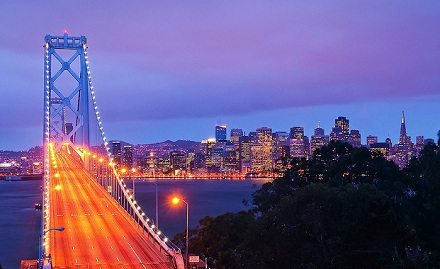 A merger between the Bay Citizen and the Berkeley, Calif.-based Center for Investigative Reporting will bring about the biggest nonprofit journalism outlet in the U.S., according to executives involved in the merger interviewed by the San Francisco Chronicle.

Jeff Ubben, chairman of the Bay Citizen’s board of directors, said, “Warren Hellman founded the Bay Citizen because he believed that quality reporting could foster civic engagement. This merger will allow his vision to thrive, creating a more sustainable public service news organization in one of the most diverse and dynamic areas in the country.”

A few months ago, the Bay Citizen found itself with a deficit of leadership. Warren Hellmann, its founding donor, had died and then both its founding editor and publisher left, followed more recently by an interim editor in chief. This led it to begin merger talks with the Berkeley-based Center for Investigative Reporting (CIR), which seemed an excellent match for a number of reasons.

By all accounts, the Bay Citizen was not suffering financially and in fact is described here as “cash rich.” The merger, if approved by the Attorney General, will create an organization with a budget of $10.5 million and a staff of 70, the Chronicle reports, and according to a press release posted on Enhanced Online News (EON), something of a dowry is being bestowed in the deal in that the current chair of the Bay Citizen board of directors and the family of Bay Citizen founder Warren Hellman will together commit more than $4 million to the merged entity.

The marriage is expected to expand the merged organization’s purview to include “the Bay Citizen, for Bay Area news and investigations; California Watch, for statewide issues; and CIR, for issues of national and international significance.” The Bay Citizen’s remaining leaders, including its managing editor, are expected to leave and Robert Rosenthal, CIR’s current executive director, will take on the whole operation, moving away from the “breaking news” that typified the Bay Citizen’s publishing style in favor of the CIR investigative brand.

Bay Citizen reporter Aaron Glantz asserts that employees are generally optimistic about the possibilities of the merger. “The unionized reporters and editors at the Bay Citizen are very excited about this merger…We see a lot of opportunity with the larger staff of the combined organization to do really aggressive and exciting stories.”

“This is a special moment,” says Rosenthal in the press release posted on EON. “We’re confident that the merged organization will create energy and innovation around unique storytelling, audience engagement and sustainability. Our goal is to evolve a successful model for ourselves and for journalism.”

Veteran journalist Phil Bronstein, who will serve as the new organization’s executive board chairman, says, “We are bringing together two Bay Area enterprises with very complementary strengths. They are both devoted to protecting justice and democracy through great, engaging journalism.” –Ruth McCambridge

CORRECTION: An earlier version of this article incorrectly stated that the Center for Investigative Reporting is affiliated with the University of California-Berkeley. NPQ regrets the error.