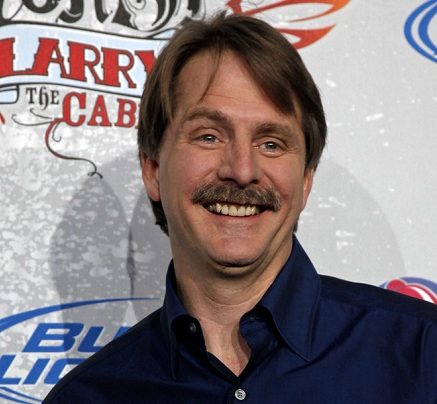 You can learn so much by reading the non-news parts of the newspaper! Take the Washington Post, where the insightful TV columnist Lisa De Moraes reported that Jeff Foxworthy (best known for his “You might be a redneck” catchphrase)—who currently hosts a show on the Game Show Network (GSN), “Are You Smarter Than a 5th Grader?”—has a new GSN gig: “The American Bible Challenge.” De Moraes faux-gushes that she “can’t wait for the stoning-of-adulteresses question.”

Scratch almost anything, however—even a Jeff Foxworthy game show—and you’ll find a nonprofit. The consulting producers of “The American Bible Challenge” (Nick Stuart and Maura Dunbar) are employees of Odyssey Networks (ON), which De Moraes describes as “a nonprofit organization that features on its Web site a video addressing, ‘Is America Ready to Vote for a Mormon President?’” As De Moraes notes, Foxworthy is an avid supporter of Mitt Romney in the Republican presidential sweepstakes. Foxworthy campaigned at Romney’s side during the Alabama and Mississippi primaries, but Foxworthy’s redneck persona failed to capture the imagination of the Deep South’s Republican electorate, which gave strong primary victories to Rick Santorum.

GSN told reporters that the new Bible show is “designed to acknowledge and celebrate the Bible’s continuing importance in contemporary life and culture.” On its website, the organization that employs the consulting producers offers this description: “Odyssey Networks, founded in 1987, is the nation’s largest multi-faith coalition dedicated to producing and distributing media that fosters understanding among people of different beliefs and perspectives and that enriches spiritual life.” A big part of ON’s function is television and film, including documentaries, made-for-TV movies, and television series that have aired on the Hallmark Channel, National Geographic, the History channel, and BBC-1, among others.

Officially the National Interfaith Cable Coalition, ON earns more than half of its roughly $7 million a year in annual income not from program revenues or donations, but from investment income due to its annual $20 million or so fund balance (net assets) and its roughly $27 million in total assets.

A firm called RelativityREAL is producing the Bible Challenge for GSN, and Relativity’s track record seems a bit different in its orientation from the religious content of the Challenge and ON.  Relativity’s current TV projects include “My Extreme Animal Phobia” for Animal Planet and the egregious “Gigolos” for Showtime. For Foxworthy and Odyssey, it seems that when it comes to aligning the producer’s resume with the show’s religious message, it’s all relative.—Rick Cohen