Nonprofit Roots of the “Innovation in American Government” Winners 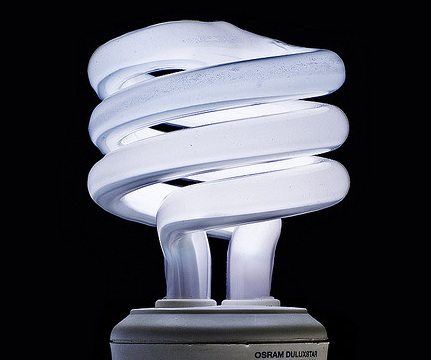 This year’s Innovation in American Government awards have been announced by the Harvard Kennedy School’s Ash Center for Democratic Governance and Innovation. Among the winners are the Challenge.gov program of the federal government’s General Services Administration (crowdsourcing challenges and prize competitions), the Citizen Archivist Initiative of the National Archives and Records Administration (citizens providing substantive contributions toward increasing access to federal government records), and New York’s Office of Financial Empowerment (helping low-income New Yorkers access affordable banking, tax credits, and financial education). Each of the 25 winners is praiseworthy, but a couple of considerations are  worth noting.

First, the constant emphasis in our society on innovation can obscure the importance of putting effort and resources into making existing programs work. Most beneficiaries of government programs—or nonprofit or business programs, for that matter—have an appetite to see services be delivered as directed. In many communities, delivering what is supposed to be delivered would be an “innovation” appreciated by both beneficiaries and by government agency staff, who often feel so hamstrung in their public service.

Second, innovation in government programs is often hamstrung by higher-ups. A recent study of the Partnership for Public Service found that federal agency staff feel less support in their efforts to do their jobs better and innovate than a year ago—in some cases, significantly. As reported by Government Executive, the Partnership study found the following:

“[T]he majority (91 percent) of employees are looking for ways to perform their jobs better, but far fewer (57 percent) said they are encouraged to come up with new and better ways of doing things [Note: that’s as compared to 71 percent of private sector workers]. Only 36 percent of feds said they feel creativity and innovation are rewarded in their agency. The latter two questions slipped by 2 points and 2.5 points, respectively, since last year’s survey.”

Why the drop in support for innovation in federal agencies? Our guess is that the pressure right now is for saving money and cutting the budget, even if delivery suffers. That’s a lousy drumbeat for anyone. Innovation isn’t always driven by pressure to cut, cut, cut. Frequently, as business and government both know, it takes investment to make innovation happen.

Our third point is that the innovation awards show the importance of the nonprofit sector. It takes a quick glance to see how many of the government innovations in the list are built on partnerships with nonprofit sector entities. For example, New York City’s Homebase program for early intervention and “rapid rehousing” to prevent homelessness is built on a model of partnership with Catholic Charities of Brooklyn and Queens, CAMBA, and Palladia; these are community-based nonprofits without whom the city’s program would not function. In fact, Homebase sounds entirely consistent with the Housing First model of homelessness services that was developed by such entities as the Corporation for Supportive Housing and the National Alliance to End Homelessness.

The Neighborhood Revitalization Initiative of HUD builds on the work of programs such as Choice Neighborhoods (also in HUD), Promise Neighborhoods (in the Department of Education modeled on the Harlem Children’s Zone), and Community Health Centers. To the extent that the NRI is achieving the interagency coordination necessary to address complex interconnected issues of neighborhood distress, its ability to do so relies on a number of nonprofits that also emphasize comprehensive, multifaceted approaches to urban issues. Similarly, HUD’s Sustainable Communities Initiative builds on the work of community development corporations (CDCs) and intermediaries like the Local Initiatives Support Corporation and the Neighborhood Reinvestment Corporation (NeighborWorks) in promoting comprehensive approaches to neighborhood development beyond just affordable housing. LISC, in fact, has had an effort for some time now called the Building Sustainable Communities program that predates the Obama initiative by a couple of years.

The Mayor’s Office of New Urban Mechanics in Boston (there’s also one in Philadelphia) has a number of initiatives going that are predicated on partnerships with nonprofits, including the Discover BPS, Adopt-a-Hydrant, and Classtalk programs developed in conjunction with Code for America. Often, the ability of government to innovate comes in partnership with the experience of nonprofits doing some hard work on the ground and sharing their learnings—such as the homeless initiatives modeled by CSH—for replication and expansion by government agencies.

We can’t say how innovative some of the Innovation in American Government winners really are. It all depends on one’s definition of innovation plus the evidence of what these innovations are actually accomplishing.  Moreover, some of the initiatives such as Choice Neighborhoods and Sustainable Communities might be in jeopardy if FY2014 budget negotiations result in major cuts. But we can say that the healthy interdependence between government programs, nonprofit think tanks, and nonprofit service deliverers clearly leads to  innovation. Let’s hope that the wise men and women on Capitol Hill don’t inadvertently or intentionally undermine fragile innovative efforts by enacting a starvation federal budget.—Rick Cohen