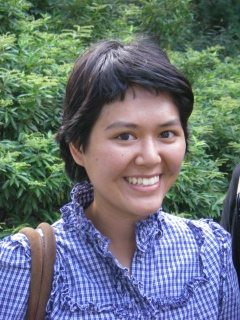 The editors and staff of the Nonprofit Quarterly could not be more saddened by the news that Tam Tran, an immigration activist at Brown University, died in an automobile accident this past weekend.

We were honored to have known Tam and recruited her to write an article for the special issue of the magazine last year devoted to nonprofits and immigration.  Tam’s story reflects the civil rights movement of our time.  She was born in Vietnam, but her family was displaced by the war, going first to Germany and finally ending up in the U.S.—her parents here as undocumented immigrants. As a student at UCLA, Tam helped found IDEAS (Improving Dreams, Equality, Access, and Success), an advocacy group for undocumented immigrant young people and became a national leader supporting the DREAM Act—proposed legislation that would make undocumented immigrant high school graduates (or those who have earned their GED diploma) eligible to apply for conditional permanent resident status if they planned to go to college or enter the military. If they finished college or served two years in the military, the students would be eligible to apply for U.S. citizenship.

Courageously, she testified before the House immigration subcommittee in 2007 in support of the DREAM Act, only to find out that three days later her parents were arrested as undocumented immigrants in a pre-dawn raid by federal Immigration and Customs Enforcement officials. Nothing stopped Tam’s lobbying for the DREAM Act, not even her parents’ arrest, which was characterized by Congresswoman Zoe Lofgren as nothing short of “witness intimidation.” She continued her advocacy at UCLA, helping to get a law passed enabling undocumented immigrants to qualify as California residents for in-state college fees. Undocumented immigrants are still not eligible for financial aid or scholarships.

Tam was also a filmmaker, with a film available for viewing on YouTube about an undocumented Filipino student at UCLA and the need and benefit of the DREAM Act. To NPQ’s great benefit, Tam was also an elegant writer. Tam’s article for us was, we learned, totally in character for this remarkable young woman. It was a story of many immigrant young people and their dreams for education and citizenship in the U.S., dreams that might have been realized with the DREAM Act. One of Tam’s gifts as a writer, filmmaker, and activist was to appreciate the people behind the movement and to tell their stories with compassion.  We were honored to have had Tam write for us. In her passing we have all lost someone very special.

We are indebted to Robert Emlen and the Brown Daily Herald for the use of Tam’s photo, above.