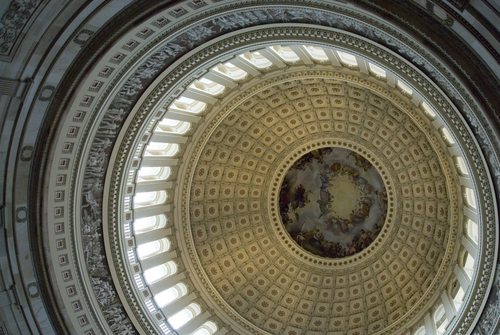 Was there anything important, exciting, worthwhile, or newsworthy at the U.S. House Ways and Means Committee hearing on nonprofits on Wednesday? For maybe five minutes of the morning’s hearing, due to typically pointed and knowledgeable questions from Los Angeles Congressman Xavier Becerra (D-Calif.), a humdrum discussion turned electric, though only for those who caught the subtext of the issue Becerra was raising and the implications of the responses of Roger Colinvaux, an associate professor of law at the Catholic University of America in Washington, D.C.

The House Ways and Means Committee’s Subcommittee on Oversight hearing on tax exempt organizations began with the usual encomiums about the importance of nonprofits from Chairman Charles Boustany (R-La.) and ranking minority member John Lewis (D-Ga.) which were then echoed by most of the five witnesses. Republicans and maybe some Democrats on the subcommittee seemed to be spoiling for a fight with the Internal Revenue Service, fishing, generally unsuccessfully, for witnesses to charge that the Service was unresponsive to their concerns about desired changes in the Form 990 or something along those lines.

The testimony and subsequent back and forth with the committee members grew largely stultifying when the university and hospital reps on the panel focused on the burdens and complexities of the revised 990 that the IRS promulgated a few years ago. Witnesses included Cornell University CFO Joanne DeStefano, who testified on behalf of the National Association of College and University Business Officers (NACUBO), which represents 2,100 public and private nonprofit colleges and universities, and Michael Regnier, senior vice president of VHA, Inc., an association of 1,350 nonprofit hospitals and 72,000 non-acute health care organizations. When DeStefano questioned the value of Schedule F (foreign activities) and Schedule I (subcontracts) and Regnier politely complained about the 60 subparts of Section H, heads in the audience nodded, people pulled out cell phones to check on text messages, and a number of people dashed for the exits.

But tucked into the hearing was an interesting colloquy between Becerra and Colinvaux, picking up on a theme that Colinvaux introduced in his opening statement. Having served a long stint as legislation counsel with the Joint Committee on Taxation between 2001 and 2008, Colinvaux is well versed in the issues that Senate and House members should be concerned about regarding the development of the nonprofit sector. In his testimony, which was based on an article he wrote in the Florida Tax Review last year (“Charity in the 21st Century: Trending Toward Decay”), Colinvaux contended that the requirements for 501(c)(3) public charities were mostly negative requirements—“don’t do this, don’t do that”—regarding the kinds of things that public charities have to avoid in order to maintain their (c)(3) status (such as engaging in partisan electoral politics, etc.). Colinvaux noted that there isn’t much that the law or Congress has required of nonprofits in the affirmative—that is, what they “must do to secure and keep (their)…status.” In other words, Colinvaux argued that it is relatively easy to become and remain a 501(c)(3) so long as an organization sidesteps the negative requirements of what the law says they shouldn’t do, and there is little accountability in terms of what they should do affirmatively to keep their status.

Colinvaux suggested, however, that Congress has become “frustrated” with the “breadth” of the 501(c)(3) definition. He cited two examples. The first was Congress’s singling out nonprofit credit counseling organizations for special requirements or “bright-line standards” for what they must do to keep their (c)(3) status. The second was the addition of a “community benefit” requirement for 501(c)(3) hospitals. Both, Colinvaux suggested, are indications that public policy is shifting away from being satisfied by nonprofits’ amorphous assertions that they are being operated for charitable purposes.

Enter Congressman Becerra, the Ways and Means Committee member who has long questioned what constitutes the notion of charity for charitable 501(c)(3) organizations in terms of affirmative actions. It isn’t much of an exaggeration to suggest that some big charities and foundations shudder at Becerra’s questions and concerns. Back in 2009 at a Council on Foundations annual meeting, Becerra was invited to be a plenary speaker and he laid his cards on the table: “As a public servant, I have a public charge. I’m a fiduciary over [philanthropic and public] money through our government which has decided to give you philanthropists a $32 billion earmark because that is the amount of money we forego in revenues to the federal budget in order to give a tax deduction to those who make a charitable contribution. So I have an obligation to make sure that those 32 billion dollars that would have gone to the federal treasury but for that charitable contribution are used . . . to create public good . . .”

Becerra wasn’t talking about scandals of public charities and private foundations having transgressed the negative requirements of 501(c)(3) status, but rather questions about what they were doing affirmatively to deliver a public good for people in need. As Becerra has previously told NPQ, “[The charitable tax] subsidy should serve a good purpose. What are we getting for some $32 billion in lost revenues, lost to the federal treasury in paid taxes? Is it serving a good public purpose? Statistics I’ve seen suggest that only one in every 10 dollars are serving poor people or disadvantaged people. I have to wonder where the other nine dollars are going. It is absolutely essential to maintain our higher education and arts institutions, [but] we have to know whether it’s worth giving up $32 billion [in tax revenues] when only one in every 10 reaches or serves [the poor and disadvantaged].”

At the hearing, Becerra suggested, in contrast to one of the other witnesses, that the “nonprofit sector doesn’t do as much as it can to police itself.” He wasn’t referring to questions of legality so much as the affirmative actions of nonprofits in furtherance of the mission of charity in the United States. Becerra charged that “a lot of American taxpayers are watching their dollars going for non-charitable activities.”

Colinvaux responded by suggesting that perhaps there ought to be more focus on the activities of tax-exempt organizations rather than simply their purpose—that is, what public charities are actually doing to warrant their continuing tax exemptions and qualification for tax-deductible donations. He suggested reexamining Section 170 of the IRC (26 USC § 170), where what qualifies for charitable deductions is defined, and also suggested considering “whether there are some charitable purposes that should be prioritized over others.”

The silence from the others on the panel was striking. No one volunteered to support Colinvaux’s suggestion that perhaps it was time to redefine charity and establish priorities—a hierarchy of some sort for charitable activities that should receive preferential treatment in the Internal Revenue Service laws and regulations. The suggestion simply hung there, underscored by Becerra, who said, “At the end of the day, it is taxpayers who are covering (charitable) activities.”

Becerra pushed the issue and Colinvaux clarified where congressional attention ought to go, given the increasing dissatisfaction with the breadth of the nonprofit sector and the ongoing accountability focus on nonprofit form and structure as opposed to focusing on activities, impacts, and outcomes in meeting the needs of disadvantaged populations. The members of the committee from both parties love and admire the nonprofit sector. They are willing to heap on the platitudes, but will Ways and Means finally listen to Congressman Becerra’s concern and Professor Colinvaux’s advice and open up Section 170 to scrutiny and potential modification?