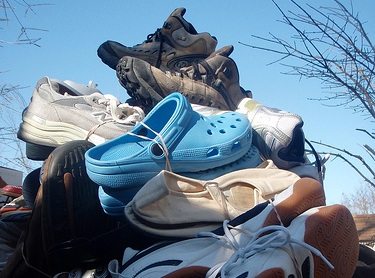 This story about the nonprofit Beremedy illustrates the power of social media and its abilities to drive donations. Beremedy (a shorthand way of saying “you be the remedy for someone in need,” according to the organization’s website) strives to help build stronger communities through social media by collaborating with other nonprofits and serving as an outlet for them. Through social media platforms such as Twitter and Facebook, Beremedy notifies people when someone in their community needs services or support. Bridging the gap between community organizing and social media is a daunting task which, when executed correctly, can do wonders. Beremedy provides a valuable resource for smaller nonprofits that lack a social media presence.

Beremedy partnered with MUST Ministries in Kennesaw, Ga. to collect shoes for homeless people living in their shelter. Beremedy tweeted, “CHALLENGE: 150 shoes in 19 hrs!” and the race was on to gather 150 shoe donations for the homeless and MUST Ministries shelters. It was a simple request; who doesn’t have at least one pair of shoes collecting dust in the back of their closet to give away? Less than 24 hours later, the request was met and over 150 shoe donations poured into MUST Ministries. Here is the coverage of the story on the Atlanta CBS affiliate:

Beremedy founder Blake Canterbury spoke on social media strategizing: “It’s really overwhelming. It really taps into an innate desire that I think people really want to do good, and if you give them one simple action step at a time, I think they’ll respond.” Beremedy has recently posted that MUST Ministries has now collected more than 550 pairs of shoes, and counting. –Aine Creedon