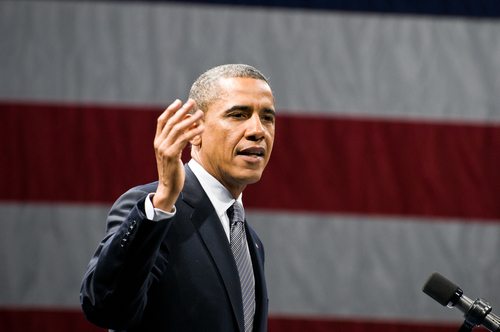 You knew this day was coming. It had to happen. Yes, President Obama has submitted a proposed budget for Fiscal Year 2014. Admittedly, it is a couple of months late, but just submitting it is an important step, given that the House and Senate budget committees have already drafted and voted on their own visions of federal finances in FY2014. Under normal circumstances, the President’s budget would have come first, then the House and Senate would have grappled with it. This way, there will be three competing budgets on the table—if there’s a table around which they even talk.

Consider this a placeholder on the federal budget. In the next several days, we’re going to find out whether the President’s budget is going to be treated seriously, as it should be, or simply dismissed by Congressional lawmakers as too little, too late, or perhaps, because it is being viewed as a compromise between the Senate (Murray) and House (Ryan) budgets, too wishy-washy.

Nonprofit Quarterly will be doing its own analysis of the budget, comparing it to the nonprofit-specific dimensions we identified in our take (or take-down, as it were) of the Ryan and Murray budgets. We know that the nonprofit sector will be up in arms—again—about the President’s proposed 28 percent deductibility cap on itemized deductions, which include the charitable deduction, but there is of course more to the budget than that. As we note in our analysis of the Council on Foundations public policy agenda, which will appear in the NPQ Newswire tomorrow, the President’s proposal was known for a while to have been in the works. And we know that it has gone nowhere in its previous iterations, and will likely not develop any greater traction as an element of the FY 2014 budget process. But modifications to the charitable deduction could have a life in future tax reform efforts.

As to the President’s specific budget proposals, the budget document includes:

For those readers who have become accustomed to Nonprofit Quarterly’s annual reviews of the President’s budget, let us know what you’re specifically aiming to find out, and we’ll do our best to find out with and for you. Tell us what’s on your budget agenda. Look for our analysis next week.—Rick Cohen