Nonprofit Taxes May Mean Final Kumbayahs for Some Maine Camps 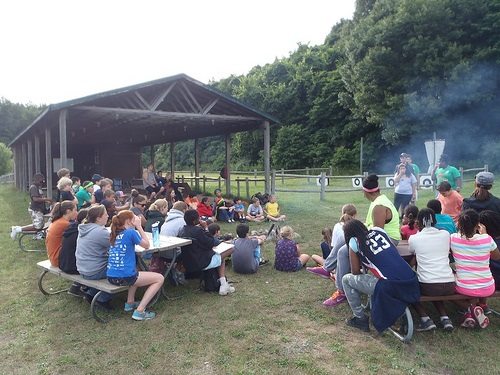 The Maine camping industry already contributes over half a billion dollars to the state’s economy each year, but Governor Paul LePage wants to squeeze just a bit more out. If approved, his plan would for the first time tax the real estate holdings of nearly 90 percent of the state’s nonprofit organizations, including the summer camps.

LePage told a group in Waterville, Maine, that the intent of his $6.3 billion budget and tax overhaul plan is “to eliminate the income tax and send the money back to communities so people can decide what services they want and who is going to pay for them.” The plan comprises, according to the Wall Street Journal, lowering income taxes for the highest earning individuals and corporations, increasing the sales tax by including more goods and services, and providing tax credits for low-income residents. The governor also expects to save $62 million in his FY 2017 budget by eliminating funding to municipalities. To make up the loss of state funding, municipalities, in turn, will be required to tax nonprofits at 50 percent of assessed value over $500,000.

For years, many municipalities have been managing the growing national debate over nonprofit taxation by receiving payments in lieu of taxes (PILOTs). The PILOTs are paid to municipalities and local governments to offset the loss of property taxes that would typically cover the use by nonprofits of public services including firefighting, policing, school construction, and search and rescue services. The federal government has been paying PILOTs since the mid-1970s to local governments that have non-taxable Federal lands within their boundaries.

At question in the debate over taxing nonprofits is the issue of the value of nonprofit organizations to communities. An argument for tax exemption is that nonprofits provide services for the greater good of all that government cannot otherwise provide. Therefore, it is a fair trade that nonprofits should receive the benefits of other government services, such as fire and rescue, good roads, and policing, without cost. An argument for taxation is that nonprofits have become so large and prolific in some communities that individuals and businesses have seen their taxes increase to cover cost of government services use by all. Therefore, it is past time for nonprofits to step and pay their fair share for the services.

As Governor LePage introduces his budget and tax plan, the current session of the Pennsylvania legislature will find lawmakers debating a constitutional amendment for the May ballot that gives the legislature greater power in determining whether nonprofits should receive tax exemptions. With regard to this bill, there appears to be three sides: those who oppose any taxation of nonprofits; those who want standardized, statewide uniformity with regard to taxes on nonprofits; and those who want to retain local control in establishing taxes on nonprofits.

While the Pennsylvanians sort out who, if anybody, gets to tax nonprofits, the 100+ nonprofit camps in Maine eagerly wait to see if Maine becomes the first state to formally assess property taxes on nonprofits. If the plan is approved, some camps may close while others look for ways to cut back. Hmmm, maybe if the campers brought their own chocolate and graham crackers, too?—Tom Klaus