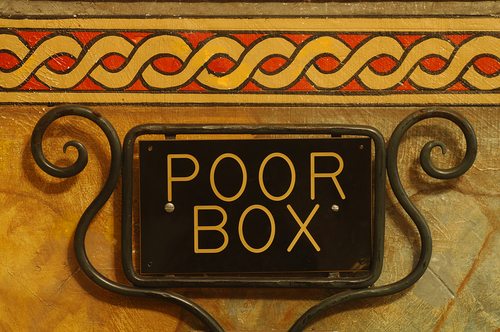 The continuing controversies over the recent crackdown by the Catholic Church—or at least some parts of organized Catholics—against nonprofits that keep company with others that the Church doesn’t like is provoking strong reactions.

In Denver, a small immigrant rights group called Compañeros lost $30,000 from the Diocese of Pueblo under Bishop Fernando Isern because it had participated in a social justice coalition that included a gay advocacy group. After losing the 30 grand, Compañeros received $60,000 from people and organizations in the U.S. and overseas, with $30,000 in donations matched by $30,000 from the Gill Foundation, more than making up for the money from the Diocese. Compañeros lost its Catholic Campaign for Human Development grant not because it was advocating on gay issues, but because it is a member of the Colorado Immigrant Rights Coalition, which includes One Colorado, a group advocating for civil unions for LGBT couples.

The sharp move of the Catholic Bishops to restrict the potential recipients of Campaign for Human Development funding is concerning, and should invoke a comparison to an earlier politicized time in U.S. history. Consider this: Compañeros could keep its grant if it renounced its membership in CIRC, but it chose not to. This sounds so much like the charges against organizations in the McCarthy era of the 1950s during which they (or their individual members) were characterized as getting too close with alleged communist organizations. Like people in that era, Compañeros appears to have had the opportunity of saving itself, or at least saving its CCHD grant, if it gave up its affiliation with the immigrant rights coalition.

If the story’s facts are as reported, this isn’t the Church fighting for what it says is religious liberty when it sues the federal government over the contraceptive mandate in impending health care reform provisions. It is the Catholic Church pruning its charities of people or organizations it doesn’t like.—Rick Cohen