Nonprofits and Demands for Transparency and Disclosure 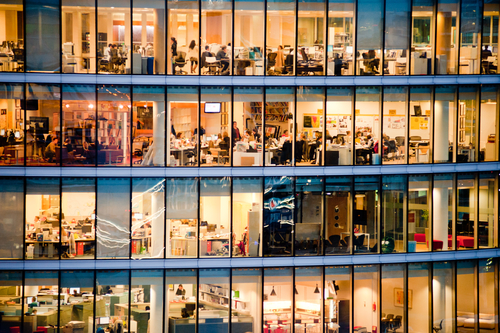 Many nonprofits are concerned about negative coverage in the media and are intent on crafting messaging and branding campaigns to overcome what they perceive as the media’s overemphasis on nonprofit problems. But do nonprofits really suffer from too much negative coverage? Or does has the expansion of social media made it inevitable that stories of mismanagement and corruption, though not necessarily more frequent than before, get wider and quicker coverage and circulation? Our perception is that social media is critical in promoting transparency among nonprofits and in society overall.

In Connecticut, for example, with the backing of the New England Health Care Employees Union, District 1199, the administration of Governor Dannel Malloy has promoted legislation requiring nursing homes to disclose financial information about “related party” businesses that contract with the nursing homes, including reporting profits and losses for related party businesses that receive $10,000 or more a year from the homes. (The original version of the legislation included nonprofit nursing homes in the related party disclosure requirement, but the legislation has since been amended to exclude them.)

The need for improved disclosure regarding the Red Cross’s expenditures of Hurricane Sandy relief funding is clear, as evidenced by the results of a ProPublica investigation that revealed shortcomings in the national nonprofit’s reporting, despite its distinctive role in disaster relief. A comparable situation apparently occurred in Portland, Oregon; there, the nonprofit through which the city ran its streetcar system’s development and administration, Portland Streetcar, Inc., was shown in an audit to have significant flaws in its reporting. Clearly the city’s requirements were completely insufficient, but Portland Streetcar seems to have fallen short of even those basics.

Without expanded disclosure, nonprofits don’t get to tell their full stories, denying the public a true understanding of the multiple issues involved in their work. That leads to stories like this one from 100Reporters, an organization initially funded by the Ford Foundation “to raise the caliber, impact and visibility of citizen-driven investigative journalism as a means of promoting transparency and good government,” titled “(Non)profit Hospitals: Full Disclosure the Exception.”

“Very few nonprofit hospitals say how many patients they serve, or explain how they calculate the cost of care for indigent, uninsured patients,” writes Rita Healy, the author of the 100Reporters special report. “The Internal Revenue Service regards this as optional information.” Assume that the IRS or other public entities really don’t require x or y in terms of disclosure; that doesn’t mandate that nonprofits opt for the lowest common denominator. Nonprofits can choose a higher standard as part of a belief that more disclosure is a public benefit and to provide it a public duty.

One of the most common areas of nonprofit resistance to disclosure involves salaries. In the Charlotte area of North Carolina, four charter schools have announced that they will refuse to reveal salary information not just for their top leaders, but for some or all of the charter school staff, despite the legal obligation to do so. “I don’t want Sally to know what Jimmy got paid,” said Richard Vinroot, a former mayor of Charlotte who works with the Sugar Creek and Lincoln charter schools. “It would create disruption within our school.” Vinroot is ignoring that charter schools are organized as public schools and their salaries are required to be open to the public for review even if the contents of employees’ personnel files are not. Vinroot’s specific statement about Sally and Jimmy, however, runs straight up against the historic lesson of Lilly Ledbetter, which besides constituting an argument for pay equity, also suggests that it might be important for Sally to know about and talk about Jimmy’s compensation to see if she is being paid fairly.

With the advent of social media, the sort of information that once would have gotten little press attention even if it were disclosed now gets circulated and discussed widely in what seems like nanoseconds. In fact, as Americans, we should all realize that disclosure, communications, and information dissemination is hardly our nation’s strong point. In the most recent Social Progress Index comparison of over 130 countries, when it came to access to information and communications, the U.S. ranked 23rd, one spot below Jamaica and one spot above Latvia (Iceland, Norway, Sweden, Denmark, and the Netherlands ranked as the top five on this indicator).

When nonprofits and public agencies accede, as they inevitably must, to requests for increased transparency in their operations, social media will make their revelations quickly known to multiple constituencies. Nonprofits should be pushing the boundaries of disclosure and welcome the dissemination of information. It is the core to the function of nonprofits as a bulwark against the persistent weakening of American democracy.—Rick Cohen