Nonprofits and the Confederate Flag as Symbol 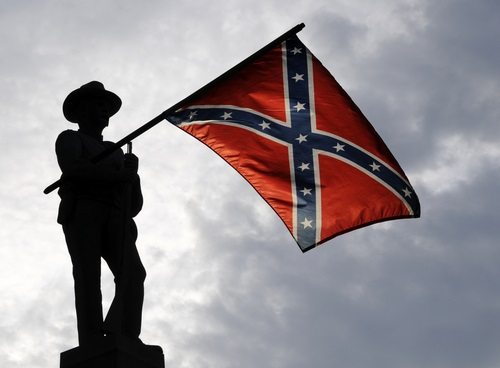 Did you know that Mitt Romney in 2007 called for South Carolina to ditch the Confederate battle flag as its state flag? Back then, Romney said, “That flag, frankly, is divisive, and it shouldn’t be shown.” He did so again this past week, telling South Carolina’s Republican leadership that the time for the Stars and Bars was over. “Take down the #ConfederateFlag at the SC Capitol. To many, it is a symbol of racial hatred. Remove it now to honor #Charleston victims,” he tweeted on Saturday.

Take down the #ConfederateFlag at the SC Capitol. To many, it is a symbol of racial hatred. Remove it now to honor #Charleston victims.

In the wake of the massacre of Emanuel AME Church worshippers by Dylann Roof, most of Republican presidential candidates found themselves unable to follow Romney’s lead:

The meaning of the Confederate flag is (or, at least, should be) an issue for those nonprofits that find racist terrorism intolerable. Before the appearance of Dylann Roof in the consciousness of the American public, two members of the NAACP of Limestone County called for the removal of the Confederate flag from the county courthouse. In response, a nonprofit called Alabama Flaggers organized a rally in support of the flag, which Flagger member Freda Burton defended in this way: “This flag doesn’t hurt anybody. It doesn’t reach out and bite you in the leg or shoot anyone.”

Actually, Ms. Burton, the Confederate flag does hurt. It is a symbol of the racism that is metastasizing in American society, putting the lie to the idea that ours is a post-racial society. In Governor Perry’s Texas, the city of Beaumont and its neighbors maintain a rigid track record of racial segregation. In the town of Orange, outside of Beaumont, a group is building a Confederate Memorial museum that will have a number of Confederate flags visible from the nearby Interstate. Emblematic of the racial separation and segregation that envelops much of Beaumont, the flag is a symbol that says, like Roof did, that it is time for African Americans to go away.

If nonprofits are, in general, truly committed to eradicating racial discrimination and racial violence, their strategy will have to include eradicating public symbols such as the Confederate flag that tell blacks that they are or should be second-class citizens and encourage the likes of Dylann Roof to carry out their personal fantasies of a whites-only society.—Rick Cohen