Nonprofits and those Confidentiality Clauses in Separation Agreements 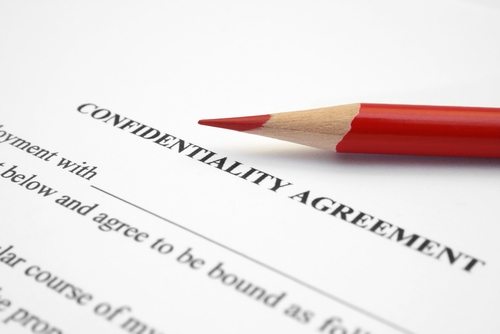 Barbara Mathis was recently laid off after 23 years from UPMC, a massive hospital network based in Pittsburgh, and she will not collect a layoff settlement of slightly more than $6,000 because she has refused to sign a confidential severance agreement. Mathis was making $12.88 an hour and by her account had no negative performance review. Her right to speak about the matter was not for sale.

Confidentiality provisions in severance agreements are quite common and have been tested legally and found to be enforceable, but perhaps there will be more questions raised in the future in light of yesterday’s statement by a federal inspector general, John F. Sopko, indicating that more than half of the separation agreements signed by departing employees of International Relief and Development, a nonprofit working internationally, contain provisions that violate whistleblower protection laws. In a letter to IRD, the IG called the clauses “unacceptable gag provisions” that should not stand.

“I remain concerned that IRD is acting improperly to limit the rights of potential whistleblowers to report instances of waste, fraud, and abuse,” Special Inspector General John F. Sopko wrote.

“IRD—under investigation and one of the largest recipients of grants of any nonprofit funded by USAID—was told, ‘Take immediate steps to comply with federal laws and policies protecting whistleblowers.’ Those steps include notifying the former employees of their rights under whistleblower protection laws and informing them that they can cooperate with government officials.”

The Washington Post recently published an investigation of IRD revealing that the agency had received USAID money well in excess of $1 billion to run relief and development projects in Iraq and Afghanistan, providing generous compensation and bonuses to executives even while it was the object of sharp criticism by federal auditors and former employees.

The agreements warned employees that they might face legal action if they spoke out to “funding agencies” or “officials of any government.” Now IRD says it will alter the agreements “to ensure that our policies conform to the latest developments in employment law.”

Sopko found that of the 81 severance agreements he reviewed 48 had unacceptable gag requirements. He wrote, “Given IRD’s persistent resistance to notifying its former employees of their rights as potential whistleblowers, I request that IRD send a letter to the 48 former employees it compelled to sign separation agreements with gag provisions and inform them of their rights.”—Ruth McCambridge