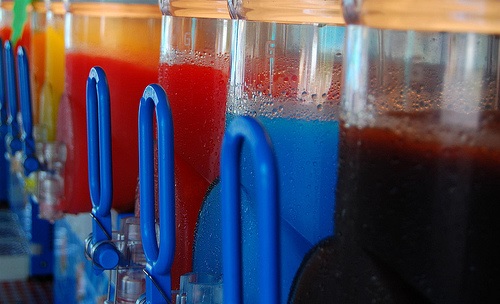 The nonprofit community we all believe so strongly in has enough existential challenges to keep us busy. So when the obvious abuse of the intent of the IRS Code to seal a dubious deal between Los Angeles city leaders and its public utility union a decade ago finally gets called out as fundamentally corrupt, it is cause for pause and reflection.

The Los Angeles Times reports on a controversial pair of nonprofits that were established by the Los Angeles Department of Water and Power (DWP) and financed with more than $40 million from ratepayers. It turns out that two audits—one by the city controller and one by the city’s chief administrator—reveal that the nonprofits paid out millions to vendors without competitive bids, overpaid top managers, and let them use trust-issued credit cards to buy gas for their personal vehicles and travel without filing expense reports.

The nonprofits were created in the early 2000s to “promote safety and training at the massive city-owned utility,” but the audit says they have also failed to provide any “real information on the outcomes or effectiveness” of their programs. They were birthed out of a labor agreement between the DWP and the union during flusher, pre-Great Recession times.

“In five years, a handful of trust employees racked up more than $660,000 in purchases on their publicly financed credit cards for things such as high-end steak dinners and trips to Las Vegas, Hawaii and New Orleans,” City Controller Ron Galperin told the Times. The story goes on to tell of one top administrator who was making about $220,000 per year and using his card to buy more than $30,000 worth of gas for his personal vehicle between 2010 and 2014.

Five top administrators currently make about $220,000 each, according to the controller’s audit, salaries that are almost unheard of at most nonprofits. Their credit card bills averaged more than an astonishing $150,000 in the three years before the Times’ exposé in 2013.

The nonprofits, which are jointly administered by the utility’s largest employee union and management, were at the center of a political controversy involving Mayor Eric Garcetti and the city council after the Times reported on the complete lack of transparency and accountability surrounding them, even though they were being funded by ratepayers to the tune of $4 million annually. Since then, the union has used its political and legal clout to prevent public scrutiny of the nonprofits’ financial records. It’s a continuation of an adversarial relationship that began when the union heavily backed the mayor’s opponent in his successful 2013 election campaign.

The city controller, while criticizing the nonprofits’ “cavalier” attitude toward public money, said he didn’t find any evidence of criminal wrongdoing, partly because the rules governing how the groups spend their money were vague. The union’s leader, Brian D’Arcy, rejected the audit’s findings in a written response, saying it was “littered with accusatory innuendo and peppered with contradictory statements.”

The audit found that the nonprofits have been accumulating cash, with more than $11 million in the bank, apparently because the management and labor sides on their boards often struggled to find projects they could agree to spend money on, says the article. The controller plans to propose withholding future payments until the savings are spent; he also recommends combining them into one organization and cutting some of the highly paid staff positions.

The audits are the result of a settlement of most of the legal disputes. The reports found such goodies as the fact that their administrators are given a $500 per month transportation allowance, plus having the credit cards for gas and car washes. And, that the non-profits paid $6.1 million to outside vendors, with the majority of those contracts written “without any competitive or documented process to ensure [that] reasonable price or value was received.”

The Times story leaves the juiciest illustration of the two trusts’ fundamental corruption by relating the reason administrators gave for using public funds to buy themselves their own iPads and cellphones—saying they needed to have “a secure communications channel” apart from the mobile devices provided by the DWP.

“They are used to operating out of public view, and that’s how they like it,” Controller Galperin told the paper. “Transparency is not their favorite word.”—Larry Kaplan