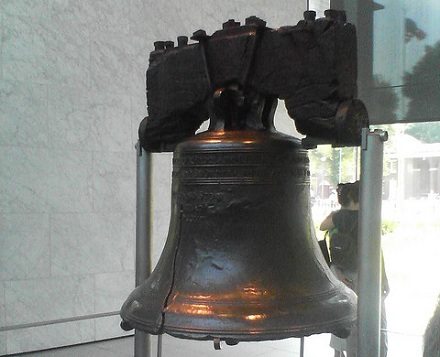 The efforts of Republican Party officials to enact strict voter photo ID laws in many states, ostensibly to deal with the virtually nonexistent problem of voter impersonation fraud, is collapsing in the courts. The latest court to derail the Republican voter ID locomotive is in Pennsylvania, where Judge Robert Simpson ruled that the state cannot enforce its voter ID law in the coming election because there was not enough time for the state to ensure that voters who should be allowed to vote would not be prevented from doing so.

Judge Simpson ruled that election officials can still ask voters to produce a photo ID, but the lack of one wouldn’t be cause to prevent someone from voting. According to his ruling, the state should not usher people without ID to a provisional ballot. Instead, Judge Simpson said, just let them vote. The Advancement Project’s Penda Hair cited the elimination of the provisional ballot option as the reason why Simpson’s decision was a “real victory” for voting rights advocates.

The courts aren’t charting an easy path for voters or nonprofits to follow lately. Courts have overturned voter ID laws in Texas and Wisconsin, but have upheld Georgia’s voter ID law. South Carolina’s law was unable to get preclearance from the U.S. Department of Justice, though the state is appealing, but New Hampshire’s law was upheld.

It’s all very confusing to the electorate, but it is in the nonprofit sector’s wheelhouse to take this on in a nonpartisan manner. Although the Republican sponsors of the Pennsylvania statute made it loud and clear that they thought the law would put this swing state into former Massachusetts Gov. Mitt Romney’s win column, it wasn’t the Democratic Party that challenged the law. Rather, it has been nonprofits that are vigorously challenging these terrible laws, such as the League of Women Voters, one of the most politely and strictly nonpartisan good government groups in existence.

We would guess that most voter ID laws will be overturned because the states have lacked adequate time between the enactments of the laws and Election Day, or because states haven’t devised solid mechanisms to prevent disenfranchisement by ensuring that people who want photo IDs are easily able to get them. Give credit where credit is due. Nonprofit sector organizations such as the League of Women Voters and the Brennan Center for Justice have been at the forefront of this battle to protect democracy, which is a core mission of the nonprofit sector. The state legislators conjuring up phantom nightmare scenarios of hordes of people impersonating legitimate voters are not only misguided and wrong, but they overlook the power of a democracy-focused nonprofit sector.—Rick Cohen