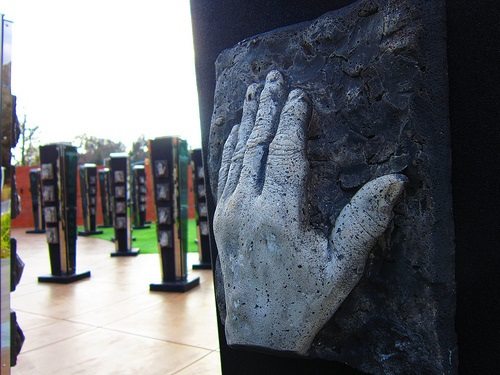 It is still stunning news to think that, even with advances in resources for veterans, there were still 63,000 homeless veterans as of January 2012, a decline from 76,000 three years earlier. Homelessness of any sort is difficult to fathom in a nation where decent and safe housing should be a right, not a function dependent on whether legislative bodies make available subsidies.

Nonetheless, it is news that nonprofits like the Local Initiatives Support Corporation are making affordable housing plus on-site services happen at sites such as Valley Brook Village in Lyons, New Jersey. LISC’s vice-president for housing, Larry Oaks, reports that the 61-unit complex was built on Department of Veterans Affairs property through the VA’s “enhanced-use lease policy,” making VA property available for housing development, and subsidized with a VA capital grant plus low income housing tax credits and supportive services through the joint VA/HUD program called HUD-VASH. Oaks warns, “Programs like the housing credit and HUD-VASH are at serious risk as Congress considers budget cuts and changes to the tax code.”

There are a number of nonprofits around the nation working on housing for veterans—sometimes succeeding, sometimes facing daunting obstacles. In Logan, Utah, the Neighborhood Nonprofit Housing Corporation is building bungalow-style homes to be sold to veterans at a reduced cost in return for the purchasers putting in 100 hours of sweat equity labor. In Birmingham, Alabama, on the other hand, a volunteer-oriented nonprofit called Three Hots and a Cot, which develops transitional housing for homeless veterans by acquiring and rehabilitating dilapidated properties, has found itself at odds with city officials who seem reluctant to provide building permits to the sweat-equity oriented projects.

Ultimately, the issue is why are veterans, particularly those returning from deployments in Iraq and Afghanistan, ending up homeless in the first place. With a larger demobilization coming as the U.S. extricates its armed forces from Afghanistan, the challenge is what is behind the homelessness. It may be the economy—and the reluctance of many employers to hire Iraq/Afghanistan veterans because of a failure to understand what the veterans bring to the job market or because of unfounded apprehensions about veterans’ disabilities, particularly the effects of the “hidden” disabilities of PTSD and traumatic brain injury. The House Veterans Affairs Subcommittee on Economic Opportunity regularly encounters stories about these obstacles, as it did at a recent field hearing in Waco, Texas. Unfortunately, there is often limited support for veterans making the transition from those deployments back to civilian life to overcome those obstacles. That transition is one of the challenges taken on by the San Diego-based REBOOT Workshop, which runs three-week workshops for veterans returning after multiple deployments to help them “reboot” for civilian life and employment.

Oaks is correct that the number of homeless veterans is declining, but the solution to their homelessness is complex. For the past three years, the VA has a program called Supportive Services for Veterans Families, recognizing that the response has to be for both the returning veteran and the veteran’s family. Veterans need what Pam Bailey, a NeighborWorks America blogger writing in Stars and Stripes, calls a “supportive bridge” to independent living—housing plus job training and health services. Bailey lauds SSVF as the kind of program in which the VA partners with nonprofits to reach out to veterans rather than waiting for veterans to come to the VA.

Oaks’ admonition should be heeded. As the demobilization of veterans from Iraq and Afghanistan reduces the number of members of the armed forces deployed overseas, members of Congress might not remember how much support veterans need in their transitions to civilian life. With the nation heading to yet another budget and debt showdown in a couple of months, now is the time to remember that nonprofits serve veterans not only through projects such as LISC’s Valley Brook Village, but through advocacy to protect and expand the programs necessary to make those projects happen and succeed.—Rick Cohen