Now You See It, Now You Don’t: Conflict of Interest Demands More Than Just a Policy 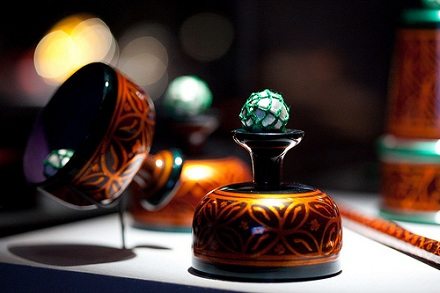 This article addresses conflict of interest policies against the backdrop of experiences lived inside real nonprofits. In December 2006, Nonprofit Quarterly called on its readers to share both their policies and their encounters with such conflicts.

Dozens of readers responded with policies ranging from the most basic frameworks to the most detailed and legalistic prescriptions, laying out exactly what is expected from whom in what kind of situation. Several readers indicated they were starting to develop policies and looked forward to the results of this initiative. Surprisingly, but not re-assuringly, many stated that they had never had occasion to use their policies. This, in and of itself, is cause to worry because even in the most squeaky clean nonprofit, opportunities for conflict are everywhere. A big “danger ahead” sign should flash when we do not recognize and resolve them.

Some conflicts are “easy” to spot in that they involve the most rudimentary question of individual vs corporate interest. That does not make them easy to handle. Ironically, just as I took on the task of putting NPQ reader responses together with my own experiences for this article, this e-mail request for help came to me from a distressed board member:

I am wondering if you have any articles that would specifically cover our conflict of interest situation. I’m on a board where the Chair has a proposal on the table for fundraising for the organization. This has the potential of making her a lot of money. She has not been asked to step down by the rest of the directors who seem to think I’m making a mountain out of a molehill.

I need something from a neutral party that they can read over and over again until they “get it” and understand that either the proposal must be taken off the table or the Chair needs to step down until the rest of the board members decide what they want to do with the project.

This request brought to mind another situation I encountered recently. I was consulting with a board whose chair had just completed an intensive training course for corporate directors. He was also a member of the organization’s foundation board. While serving in both capacities, he was actively lobbying the foundation to employ him as a fundraiser. The parent organization had a conflict of interest policy, but the chair played fast and loose with the rules, creating unnecessary turmoil in both boards. Despite his training, this chair just didn’t get it. Fortunately, the most influential of the other directors understood the seriousness of the situation and the chairman lost his position—and credibility—with both boards.

These two situations demonstrate that simply having a policy or offering board training won’t automatically eliminate conflicts of interest.

But conflicts of interest aren’t always crystal clear; they frequently arise from circumstances where ethical shades of gray may lead reasonable people to different judgements. This makes it essential not only to have clear policies and procedures, but to embed discussion of difficult topics into organizational culture. This has to be supported by a commitment to principles of integrity, transparency, predictability, and accountability.

Defining a Conflict of Interest

One Nonprofit Quarterly reader provided this definition of conflict of interest, which zeroes in on the concept with laser-like precision:

Conflict of interest means a conflict, or the appearance of a conflict, between the private interests and the official responsibilities of a person in a position of trust.

This is basically true, but with some caveats. Every organization should watch out for the standard warning signs that alert us to avoid business dealings, family influences, and financial transactions that benefit board members directly. But it also includes more complicated issues that aren’t so easy to identify or settle. In these situations, you may find these four tests helpful.

One of the letters to the Nonprofit Ethicist in this issue asks for guidance about a situation in which an organization holds an auction, and the son of one of the organization’s executives wins a vacation for two as a prize. The executive’s subsequent behavior to increase the value of the prize only makes this situation more complicated, but the Ethicist rightly notes that it is standard practice for family members of staff to be excluded from such contests precisely because it raises questions of fairness. Had this agency adhered to the standard, it would have prevented the issue from causing conflict within its board.

But be careful in using this test. The excuse “Everybody else is doing it”—whether it’s padding expense accounts, contracting with board members to supply services in small communities, or hiring family members as staff—doesn’t give you a free pass. Applying only the peer standard poses the danger of ignoring unethical activity simply because it’s accepted by that community. (Consider some of the recent ethical breaches by legislators, for example.)

With this test, the questions are, “How might key stakeholders, the public, or the media react if this activity were publicly disclosed?” and “What impact would this activity have on the credibility of the organization and its leadership?” You should engage an active imagination in this consideration, sometimes referred to as “the smell test.” A perceived conflict of interest can be just as damaging to an organization’s or a leader’s reputation as an actual conflict.

Lots of problems are relatively invisible to those involved because they evolve into real conflicts over time. A homeless shelter that started without funding in a church basement, for example, was accustomed to checking with its board chair first when it was ready to place someone in permanent housing. It was understaffed, and the board chair, who had worked tirelessly to help establish the shelter, owned several rooming houses, which made the necessary transactions easy. For years the practice persisted until nearly all his rentals were filled with placements from the shelter. An informed organization would have understood that, if an enterprising reporter were to expose the practice, the “smell” of potential conflict of interest could further threaten the shelter’s already tenuous relationship with the town in which it was located—never mind embarrassing its funding sources. In this case, a consultant alerted the board, which in turn took action and developed protocols. That reform required more work on the part of housing placement staff, but it also protected the agency from loss of credibility with its funders and community.

Admittedly, this can lead to murky waters. The daughter of a director of a local children’s services agency was planning a wedding and received a discount from a local hotel because the agency’s board had used the hotel in the past for its own events. The director asked the board to decide whether providing a discount should be treated as a conflict of interest. The board decided that it wasn’t for two reasons: first, the discount wasn’t solicited and second, the board routinely researched hotels in the area for the best rates. In this case, the board reasonably decided that there was no conflict of interest Another board, however, might have viewed the matter differently and asked the board member not to accept the favor to maintain a less potentially tainted relationship between the the agency and the vendor.