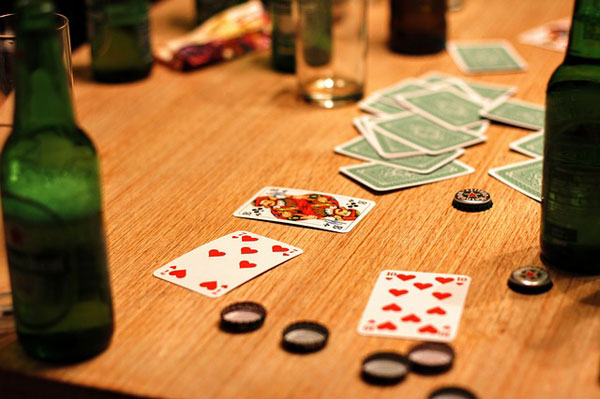 In the last NPQ North, we explored the Canadian federal budget of Prime Minister Justin Trudeau’s Liberal government, which weighed in at a somewhat daunting 464 pages, and stole the headlines—but only for a matter of days. Although any federal budget affects its citizens, there were very few surprises (a notable nonprofit community exception being plans to offer support to the future of journalism) and therefore not the type of controversy that fuels protracted media attention.

By contrast, two full weeks since the release of Premier Doug Ford’s first Progressive Conservative budget for the Province of Ontario—home to more than a third of Canada’s total population—the budget and its consequences remain a source of media attention and ongoing debate throughout the nonprofit sector and beyond. The first budget of any new government is always going to generate intense interest, but the buildup to the 2019 Ontario budget was full of unknowns, and even after its release, the details are still not fully understood and are being actively debated.

Response to the 382-page provincial budget has been shifting daily, with early reactions focused on the noticeable—and extraordinarily frequent mentions—of alcohol, gambling, and other vices and entertainment that earned intriguing headlines like, “Booze at 9 a.m., online gambling, and more combat sports feature heavily in PC budget.”

Indeed, the combined mentions of beer, wine, spirits, and alcohol total 52, while cannabis comes in at 50 on the nose. While much of this is repetition and includes mentions in tables and appendices, critics were quick to point out that “poverty” received no mentions at all. This sort of selective word search does ignore other terms that reference poverty issues; for example, “social assistance” does appear more than 20 times, though not necessarily in ways that pleased anti-poverty advocates. But ultimately the budget’s true meaning (and evaluation of the Ford government’s priorities) comes down to actual expenditures, not the number of mentions.

Watching, reading, or listening to the budget announcement in the legislature, it was difficult for even the most objective observer to free their mind from wondering about the relative importance of the slew of announcements from Minister of Finance Vic Fedeli that fit loosely into the “entertainment” category, and these included:

A full two weeks later, however, the budget is still generating front-page headlines, and although alcohol policy and related issues continue to generate controversy, discussions have turned to matters of the environment, education, and health, to name just a few sectors where the budget is being clarified—even if there is wild disagreement about the resulting impact on institutions and citizens.

There is perhaps no better example than the fresh debate over changes in health spending. On April 24th, Toronto City Councilor Joe Cressy (Chair of the Toronto Board of Health) and Toronto’s Medical Officer of Health, Eileen de Villa, said provincial cuts to public health will cost Toronto Public Health $1 billion over 10 years and have a profound impact.

“Because of these cuts, Torontonians will die,” said Cressy.

Like other municipal health boards, Toronto Public Health funds and provides numerous services in the city, many of them delivered by nonprofit partner organizations. This includes everything from student nutrition programs (serving more than 210,000 meals a day in Toronto), vaccination programs that reached more than 20,000 students in 2018, food safety inspections, and safe drug injection sites.

Rhetoric can’t get much stronger than death warnings, and the response from the Ford government thus far demonstrates just how much interpretations can differ. Government spokesperson Travis Kann, responding to Cressy, issued a statement from the office of Christine Elliott, deputy premier and Minister of Health and Long-Term Care, asserting much ado about a small change: “Let me be clear: the financial impact of these updates will amount to one-third of a percentage point of the City of Toronto’s annual budget—hardly a billion dollars.” Minister Elliott also followed up on Twitter with a reminder that public health has always been a municipal responsibility.

Premier Ford himself made an unscheduled call to a Toronto radio show, mainly in response to opponents of his plans for expanded private sector alcohol sales but also to defend the changes and differentiate these public health issues from other health services, such as those provided by provincially funded hospitals, “Those are the folks that go around and go into restaurants and put the little sticker saying it’s safe to eat here.”

De Villa later responded that the food inspection program is only one of many public health initiatives but is not necessarily an activity to be so easily dismissed, noting that although most people do recover from food poisoning, E. coli and other foodborne illnesses can have long-term health impacts and “people do die.”

Keeping an eye on responses from the official opposition provincial NDP (New Democratic Party) and Liberal parties shows the degree to which this is a not only a daily, but at times an hourly, exercise. Since the budget release on April 11th, the NDP is averaging more than two budget-related press releases per day, which include all of the topics discussed above, in addition to “cruel cuts to libraries” to “financial, emotional, and physical strain” on parents of children with autism as a result of changes to the Ontario Autism Program—the latter a hotly debated issue with Minister Lisa MacLeod insistent on a plan to “clear the waiting list” with a needs-based approach while some opponents are calling for her resignation.

This ping-pong rhetorical atmosphere not only creates challenges for media outlets and their audience, it is creating tremendous anxiety throughout the nonprofit sector. The Ontario Nonprofit Network (ONN) has responded with an impressive fact-based analysis that expresses concerns about spending reductions that are lacking in detail, while also pointing out bright spots, and attempting to reduce anxiety based on the unknown with a subsector impact analysis that utilizes available facts and figures.

As reported by ONN, the Ontario Ministry of Children, Community and Social Services—a major contributor to countless nonprofits across the province—is looking at a reduction of some $375 million (over two percent) in the coming year, with similar reductions planned in the following two years. How will $1 billion or more in MCCSS reductions play out for the nonprofits who serve some of the province’s most vulnerable populations? We’ll continue to follow these developments.—Keenan Wellar