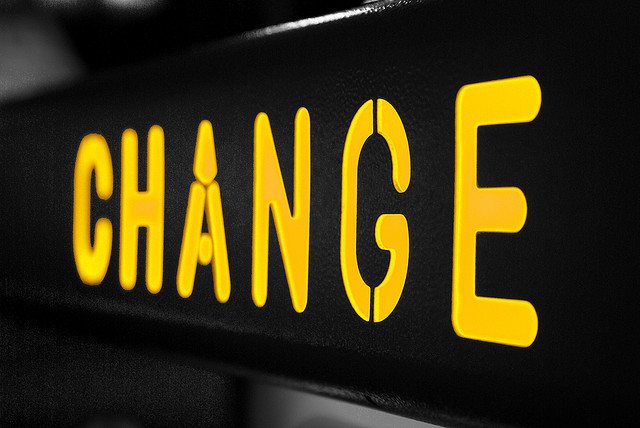 The nation’s “nonprofit infrastructure” can be a bit hard to perceive sometimes. But it would include trade associations such as the National Council for Nonprofits and Independent Sector; capacity-building organizations such as BoardSource, Bridgespan, and CompassPoint; research centers including the Urban Institute, Guidestar, the Foundation Center, and the Center on Philanthropy at Indiana University; and watchdogs like the National Committee for Responsive Philanthropy, Charity Navigator, and BBB Wise Giving Alliance. Another key component of this institutional framework is the Arlington, Virginia-based Council on Foundations, which functions as a trade association and lobby to protect the interests and prerogatives of institutional philanthropy in the U.S.

It was fairly big news then when the Council lost its CEO this summer with the surprise resignation of Steve Gunderson, the former Republican congressman from Wisconsin who had led the organization for six years. Foundation executive Jeff Clarke took over as interim president and CEO, and the Council is now searching for a leader to take the helm on a permanent basis.

As part of the search process, the Council is soliciting feedback from its members regarding what sort of CEO the Council should look for. That’s admirable as far as it goes, but we thought that the Council should also hear from nonprofits. So on the first of September—Clarke’s first day as interim CEO—I sent out an e-newsletter to subscribers that read in part,

Tell us what you think the Council on Foundations should be seeking in a new president and CEO, and we’ll compile them for the NPQ website—and send them to our friends at the Council.

Even though one NPQ reader informed us that this was a “crazy idea,” we received many thoughtful responses. Overall, what operating nonprofits want in the new leader of the Council on Foundations is someone who will get foundations to remember whom they are supposed to serve and why. As one respondent suggested to us, “The philanthropic world is not always as responsive to / considerate of / in tune with the needs, expertise, and insight that grant-dependent organizations are eager to share.”

“Reach out and listen to what nonprofits have to say.” This was the overwhelming theme of the responses we received. Another reader suggested that the new Council CEO ought to “seek out the expertise and experience of those organizations that have front-line experience ‘doing the work,’” adding that this new leader could help the Council adopt a new posture that “attributes as much value to the work that grant recipients do [as it does] to the dollars that grantmakers distribute.” Nonprofits also want a Council leader who will be a reformer, someone who will make philanthropy work not just for foundations, but for the nonprofit sector as a whole. In short, nonprofits want a leader who appreciates how important the nonprofit sector is as the mechanism through which foundations fulfill their obligations to the broader society.

What else would our readers want the new Council on Foundations CEO to be able to do?

Know something about nonprofits

Humility is a popular goal for foundation leaders to say they aspire to, but it is one that is rarely achieved, at least according to the nonprofit leaders who answered our informal survey. Within philanthropy, calls for humility as a core part of foundation leadership are commonplace. Examples come from corporate grantmakers such as Ellen Sandberg of the First Data Corporation Foundation, from social-justice foundation leaders such as Trista Harris of the Headwaters Foundation, and from any number of family foundations.

But perhaps the best way for foundations to understand and absorb the concept of humility is to experience it, to practice it, to know it from the perspective of a nonprofit grant recipient. It would help the next Council CEO to understand nonprofits by walking in their shoes. One NPQ reader suggested that the new CEO might want to be really, deeply experienced in what it is like to be a nonprofit that has to deal with foundations. According to this reader, such a candidate would have to have:

A minimum of five (5) years of grant fundraising experience including:

Some years ago, Ed Skloot, then with the Surdna Foundation, noted (PDF) that

philanthropy’s operating system is full of potholes, hidden curves and soft shoulders. What may appear rational to individual funders may, collectively, be nearly unworkable for grant-seekers. Further, philanthropy effectively throws nearly all responsibility onto the grant-seeker while retaining for itself the right to make and alter the rules.

The point is that perhaps a Council on Foundations CEO might want to know how philanthropy is experienced by its “customers,” so to speak, with a view toward making the experience somewhat more customer-friendly.

One nonprofit technical-assistance provider offered a perspective similar to Skloot’s:

I have been surprised at how confounded grant-seekers are by the priorities set by foundations, and by the apparent lack of interest, on the part of many foundations, to build stronger, more reciprocal and supportive relationships with the organizations they pay to carry out their vision. . . . [The Council on Foundations should] use this as an opportunity to shift the foundation’s gaze from one that serves the articulated interests of foundations to one that addresses the work of foundations as dependent upon the ef