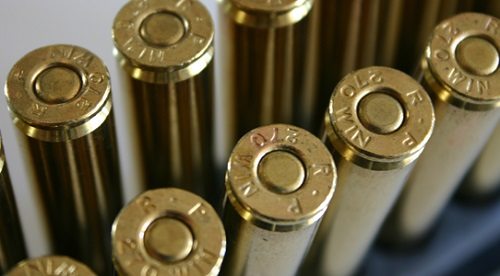 It is an old saw in social change work: Sometimes your opponent does your best organizing. In New Jersey, a hearing is to be held on Monday to consider a bill that would limit the size of gun magazines—as in, the amount of ammunition they can hold. Some of the families who lost children in the Sandy Hook shooting are making the trip to testify there, as they had recently done in Connecticut. As you may remember, an assault weapon equipped with 30-round high-capacity magazines was used to fire 154 rounds in less than five minutes, killing 26, so presumably, these families have a strong reason to voice their opinions.

As Nicole Hockley, who lost her son in the shooting, stated in a recent press conference,

“In Newtown we learned the brutal truth about the devastation that a high capacity magazine can cause…The person that killed my son carried ten 30-round, large-capacity magazines into Sandy Hook Elementary School. 300 rounds. He chose to leave the smaller capacity magazines at home. He chose to have the best kill rate possible by using high-capacity magazines, which only exist to deliver as many bullets as possible in the shortest time frame. In approximately four minutes, he shot 154 bullets and killed 26 women and children. Five of those bullets hit my son, and in an instant, my precious boy was gone. But in the time it took the shooter to reload…in Dylan’s classroom, 11 children had the opportunity to escape.”

But Scott Bach, executive director of the official NRA affiliate group Association of New Jersey Rifle and Pistol Clubs, appeared on Cam & Company, an NRA sponsored show, on April 30th to opine that the bill’s backers “brought out the Newtown victim’s family and frankly used them as a prop or a show.”—Ruth McCambridge