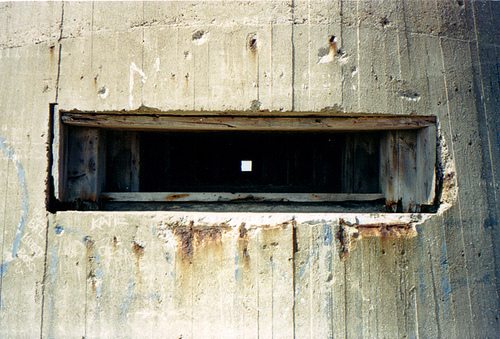 If Wayne LaPierre of the National Rifle Association (NRA) offers your nonprofit advice on how to win friends and influence people, our advice is that you run fast and run far. Just look at this editorial penned by LaPierre—his call to arms, so to speak—on protecting the Second Amendment against depredations such as universal background checks, restrictions on sales of large capacity ammunition clips, and prohibitions against military-style assault weapons. Let’s see what LaPierre is raising as reasons why he thinks “good Americans” should be armed “to protect their families and homes.”

He draws on the specter of marauding immigrants: “Latin American drug gangs have invaded every city of significant size in the United States,” LaPierre writes. “[T]hough the states on the U.S./Mexico border may be the first places in the nation to suffer from cartel violence, by no means are they the last.” He adds that “the border today remains porous not only to people seeking jobs in the U.S., but to criminals whose jobs are murder, rape, robbery and kidnapping.”

He says “good Americans” must fight terrorism: “Ominously, the border also remains open to agents of al Qaeda and other terrorist organizations,” LaPierre writes. “When the next terrorist attack comes, the Obama administration won’t accept responsibility. Instead, it will do what it does every time: blame a scapegoat and count on Obama’s ‘mainstream’ media enablers to go along.”

He transforms the issue of gun control into a mantra for survivalists: “Nobody knows if or when the fiscal collapse will come, but if the country is broke, there likely won’t be enough money to pay for police protection. And the American people know it,” he says in a full-fledged attack on Obama’s financial policies. “Hurricanes. Tornadoes. Riots. Terrorists. Gangs. Lone criminals. These are perils we are sure to face—not just maybe. It’s not paranoia to buy a gun. It’s survival. It’s responsible behavior, and it’s time we encourage law-abiding Americans to do just that.”

LaPierre provides a current example for his fears of an American apocaplyse: “After Hurricane Sandy, we saw the hellish world that the gun prohibitionists see as their utopia…Looters ran wild in south Brooklyn…[I]f you wanted to walk several miles to get supplies, you better get back before dark, or you might not get home at all.”

Maybe at one time, the NRA was a legitimate nonprofit dedicated to the interests of sport-oriented hunters. Whether that is your cup or tea or not, the NRA had a legitimate function. Now, it is defending an imaginary version of Second Amendment rights against imaginary threats. It is not serving the interests of hunters or even most gun owners. Instead, it is serving the weapons manufacturers. And under LaPierre, it has turned into a nutty, survivalist organization drawing on incendiary imagery and fears. The NRA’s time is over, and LaPierre’s time has definitely come and gone.—Rick Cohen