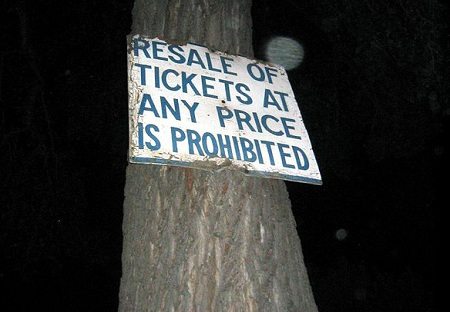 To repurpose a Bob Dylan line, “here comes the story of the Hurricane”—Sandy: technically a “superstorm,” it brought out the best of the American civic spirit and selflessness, and perhaps even caused a grateful Republican governor to help reelect a Democratic president. Unfortunately, the recent, huge “12-12-12” concert at Madison Square Garden, a star-studded event designed to benefit Sandy relief efforts, showed that craven profiteering is also alive and well in America.

The same day that New York State Sen. Daniel Squadron introduced a bill in Albany to prohibit the scalping of tickets to New York charity events, resellers of “12-12-12” tickets were reportedly listing their golden passes on secondary-market facilitators, such as Stub Hub, for up to $60,000. The tickets sold by the venue itself ranged from $150 to $2,500. Earlier this month, U.S. Sen. Charles Schumer (D-N.Y.) urged online ticket resellers not to list charity tickets on their sites unless the tickets were to be sold at face value or unless excess profits were funneled to the targeted charity. Stub Hub wouldn’t go that far, but it did donate its “12-12-12” ticket resale fees to the Robin Hood Foundation.

NPQ recently suggested that public officials with free tickets to big events at local sports and entertainment venues might find a more charitable use of such perks than using them on themselves and their families or friends. Whether Squadron’s legislative push leads to enacted law or not, at least the bill has helped draw awareness to the fact that, when it comes to charity tickets, some scalpers and others are playing the wrong game. –Louis Altman

More about: Disasters and RecoveryFundraisingNonprofit NewsPolicy