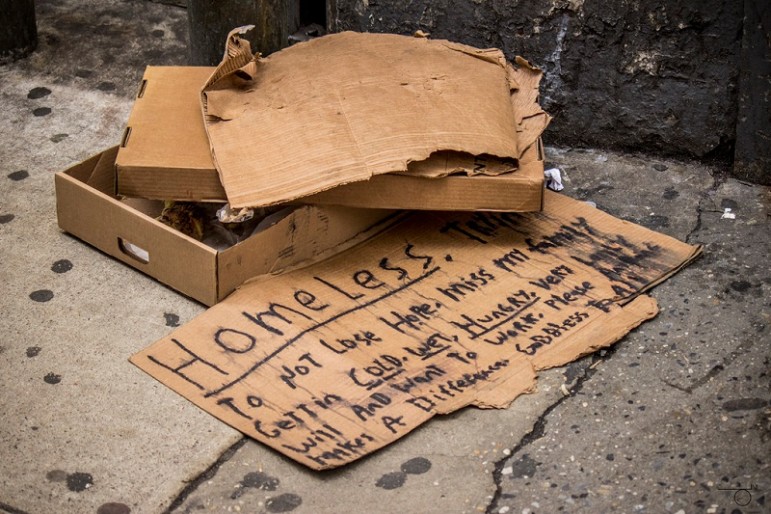 Yesterday, calling it a “state-level New Year’s resolution,” New York’s Gov. Andrew M. Cuomo signed an executive order requiring local governments across New York State to remove homeless people from the streets when temperatures go below freezing with wind chill factored in—even if it has to be done by force, otherwise known as involuntary placement.

Cuomo says that the measure is aimed at protecting homeless people from “hypothermia and possible death,” saying, “It’s about love. It’s about compassion. It’s about helping one another and basic human decency.”

New York City, with a rate of homelessness 86 percent higher than ten years ago, has a standing policy named Code Blue that increases outreach and eases intakes during very cold periods. The city can also use a state mental hygiene law to take people to a hospital for mental health evaluation if they seem to be in imminent danger. Estimates suggest that 3,000–4,000 stay on the street rather than going to shelters. Mayor Bill de Blasio is resisting the more aggressive ruling, which is similar to one Mayor Edward I. Koch tried but failed to pass in the ’80s.

The city’s press secretary, Karen Hinton, said in a statement, that the order requires Cuomo to pass state law. The measure clearly raises major civil rights and practical concerns. Hinton added, “This executive order adds no legal or financial resources to New York City’s programs to assist the homeless, and merely requires all New York State localities follow many of the same requirements as New York City to shelter families and individuals in need in freezing temperatures.”

“This is a state law,” Mr. Cuomo told CBS in urging that the law be implemented without regard for legal consequences. “This is the interpretation of the state law. If there is any challenge to the law, I will defend it.”

This does not appear to be some mere philosophical difference, in case you were wondering, but part of a long simmering feud about how to address homelessness. In November, de Blasio announced an investment of $2.6 billion for 15,000 units of supportive housing for homeless populations. Cuomo and the state was nowhere to be seen in that particular effort, a fact noted by Capital New York, observing that the lack of cooperation breaks with a 25-year history of joint city-state supportive housing agreements—initiated, ironically, by Mario Cuomo, the governor’s father, with then-mayor David Dinkins.

Mary Brosnahan, president and CEO of the Coalition for the Homeless, made a statement, meant to bring Cuomo into the fold, when de Blasio went ahead without the state’s involvement.

“Gov. Cuomo, every day that goes by is another step closer into the most bitter and dangerous days of the winter,” Brosnahan said. “So please, from the bottom of our hearts, we need you to step up.”

Perhaps this cowboy stunt is the governor’s version of stepping up, but it is ugly in context. The most recent city-state supportive housing agreement reached in 2005 under Gov. George Pataki and Mayor Michael Bloomberg is nearing its conclusion, and advocacy groups have been warning that a major housing shortage for the homeless and mentally ill will open up within the next year or so if a new agreement is not reached quickly.—Ruth McCambridge