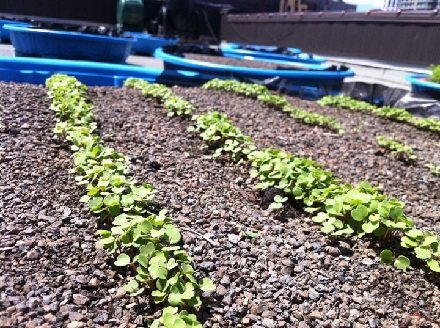 Less than a year after its launch, the Metro Baptist Church reports success with an urban farm initiative that aims to make fresh food more accessible to underserved residents the community. The Hell’s Kitchen Farm Project (HKFP) has become a vital part of the community—all from the church’s rooftop. The project seeks to create a mecca of urban agriculture that grows fresh produce and reduces food insecurity in the community.

Located in New York City’s “Hell’s Kitchen” neighborhood, the project not only provides food for the needy but also contributes to a greener and healthier community.

The rooftop project took off when the United Way of New York recognized it as part of its urban farming seed grant program. Dedicated volunteers transported seven tons of soil, kiddie pools, and other supplies up to the roof of the church. The project now has 52 kiddie pools serving as raised beds that grow an impressive arrangement of produce from apple trees and eggplant to sugar cane and beans. All produce is delivered weekly to two local food pantries. The kiddie wading pools provide a sizeable area for growing and HKFP uses small openings in the sides of the containers and recycled plastic plant containers in the bottom for drainage. 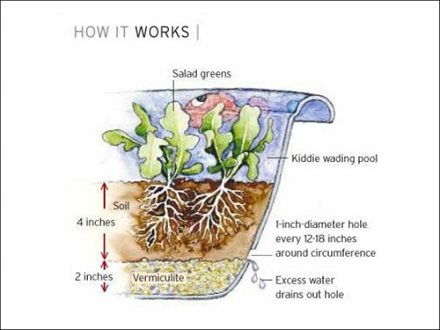 Metro Baptist Church’s current pastor, Rev. Alan Sherouse, tells the Huffington Post, “The farm project has given people another point of entry to our church, community ministry and our understanding of the Gospel.”

This partnership was originally established between the Metropolitan Community Church of New York’s Sylvia Rivera Food Pantry and the Metro Baptist Church, but since then, several other community organizations have collaborated to support the project, including the Rauschenbush Metro Ministries and the Clinton Housing Development Company. It seems that integrating green and healthy programs into faith-based communities is becoming consistently more popular, and the Hell’s Kitchen Farm Project notes that this approach could be easily replicated in other urban locations. –Aine Creedon