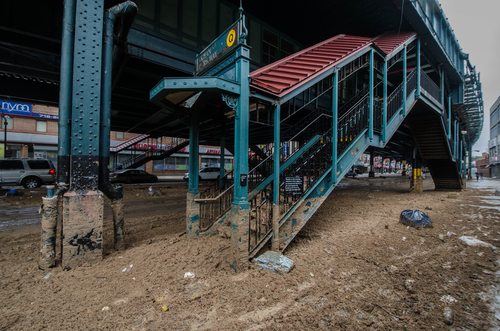 In New York City, where co-ops are a big part of the real estate landscape, thousands of homeowners in buildings affected by Hurricane Sandy have been informed that they are ineligible for aid. FEMA considers the buildings, which are essentially nonprofits governed by the owners, businesses.

Apparently, residents have found that they are ineligible for grants to repair common areas or damage to the walls and floors of individual apartments because the co-op has responsibility for them, as well. The restriction does not apply to condominiums, because in co-ops, owners sign leases for the rights to their units, rather than owning them as real property.

“How can they do that?” asked Josephine Scarnato, 83, secretary-treasurer at the Beverly Hills in the Sheepshead Bay neighborhood in Brooklyn. “We’re not in business. We don’t make a profit. We’re not providing a service. I think they don’t realize what co-ops are.”

Charles E. Schumer, one of New York’s two Democratic Senators, is part of a movement among local congresspersons looking for a short-term relaxation of the rules and longer term rewriting of them. On March 19th, twenty-one congresspersons sent a letter to Janet Napolitano of the Homeland Security Department and William Fugate at FEMA, asserting that FEMA’s interpretation of the Stafford Act for emergency relief was getting in the way of common sense.

Dan Watson, a spokesperson for FEMA, reiterated that FEMA needed to follow the letter of the law. “FEMA works one-on-one with disaster survivors to ensure that we provide all assistance for which they are eligible,” Mr. Watson said. “Federal law does not permit FEMA to provide financial assistance directly to co-op and condominium associations.”—Ruth McCambridge