When a person with mental health issues experiences a crisis, often the first reaction from loved ones is to call 911 for help. As first responders, officers play a crucial role in mental health safety. Unfortunately, when police officers misunderstand behavior or are not trained to handle mental health crises, a call for help can lead to tragedy.

According to a 2012 report by the Treatment Advocacy Center, mental illness is a factor in as few as 25 percent and as many as 50 percent of fatal police encounters. However, because there is no centralized tracking system of this data, the role of mental illness in fatal police encounters has been rendered virtually invisible. Minnesota tracked state-level data from the year 2000 onwards, and the Star Tribune ran a special feature on the data. Echoing the Treatment Advocacy Center’s report, they found that in a disproportionate number of cases, as high as 45 percent, civilians who died had a history of mental illness or were experiencing a crisis at the time of the call.

The Star Tribune feature chronicled details of the encounters and the civilians. Some cases were cut and dried: The officer felt his/her life was threatened and had to act quickly. Other cases make readers wonder, could this civilian’s death have been prevented if the responding officers understood mental illness? For instance, Wayne Malone was known to have a mental illness by his local police department. (In 2010, officers mistakenly knocked on Malone’s door. He came charging out, so the officers used a Taser on him and Malone was sent for a psychiatric evaluation.) In 2011, Malone called 911 and breathed into the receiver before hanging up. Officers thought it could be a domestic violence issue, so they arrived at Malone’s apartment. One of the responding officers, Joe Adams, happened to be one of the officers who came to Malone’s home in 2010. This time, when Malone charged out of his apartment, he was holding a black item that officers thought could be a weapon. He was shot and died on the scene. Could a crisis intervention strategy have been used so that this police encounter did not escalate to the point of fatality?

New York City is trying to find out. The city has partnered with the National Council for Behavioral Health since November 2015 for an initiative called ThriveNYC, led by the Department of Health and Mental Hygiene, to make mental health first aid trainings available to communities. The goal over the next four years is to provide training to 250,000 people, starting with first responders.

New York City’s “first lady,” Chirlane McCray, is driving the ThriveNYC initiative due to her experience with mental illness in her family. “So many people are suffering,” she says. “It shouldn’t be something that people are reluctant to talk about or seek treatment for. Mental health first aid training demystifies mental illness and substance abuse disorders so people know how to respond to someone in crisis.”

Bryan Gibb, Director of Public Education for the National Council for Behavioral Health, believes that the main response has been to react to mental illness with “fear and ignorance.” Further, he believes the best way to combat this is to train police officers on what to expect and what best practices dictate.

Captain Joseph C. Coffey from Warwick, Rhode Island co-authored the law enforcement manual on Mental Health First Aid for the National Council for Behavioral Health. He says, “If an officer can recognize what they’re seeing may be a manifestation of mental illness, they can take a more appropriate action—which may not be arrest.” The program that Coffey developed is an 8-hour course, which teaches first responders about mental illness and addiction, as well as the most important piece, which is how to deescalate a situation without compromising safety. So far, about 11,000 public safety professionals have taken the course.

As part of the course, trainees watch videos of two different people approaching a person who is experiencing psychosis. The two approach the person in very different ways, and the trainees determine which method is best to deescalate the situation. Role-play is also used so that officers are comfortable using the techniques themselves.

The response to these trainings has been “overwhelmingly positive.” The program has been so successful, in fact, that a new bill in Rhode Island would require the training for all police officers.

Since the Mental Health First Aid training was first developed, the National Council for Behavioral Health has trained about 500,000 people. In the next five years, they expect this number to be 5 million. With one in four Americans suffering from mental illness, the need to learn how to respond appropriately is more readily apparent than ever. Kudos to Rhode Island and New York City for paving the way to mental health first aid trainings for public safety professionals and communities at large.—Sheela Nimishakavi 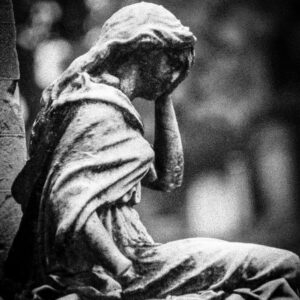