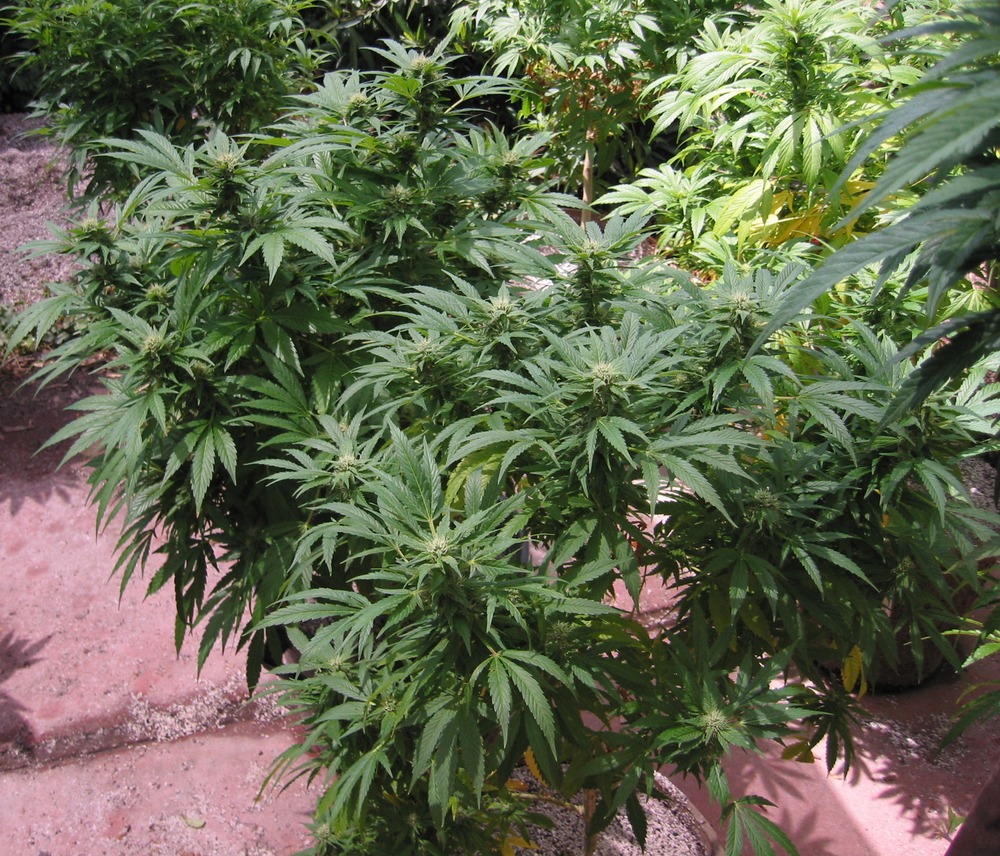 California has been the epicenter of the clash between state and federal laws concerning activities related to medical marijuana. Recently, even while the City of Oakland has approved permits that will double the number of nonprofit medical marijuana dispensaries in the city from four to eight, federal prosecutors have been busy trying to shut down the existing dispensaries by threatening to seize property from landlords if they did not evict their dispensary tenants.

Then, yesterday morning, U.S. Marshals and agents with the Internal Revenue Service and the U.S. Drug Enforcement Administration raided three Oaksterdam University locations. Oaksterdam was founded as the first training college for those involved in the cannabis industry by medical marijuana activist Richard Lee, who also runs a dispensary and a museum connected to the school. The reasons for the raid were not immediately made clear, but the stand-off between the federal and state governments becomes ever more silly as 16 states and Washington, D.C. now deem it legal to dispense medical marijuana.

Lawmakers in five of those states protested the continuing persecution of medical marijuana facilities today in a letter, well worth reading, that is included below. –Ruth McCambridge

“Over the last two decades, 16 states and the District of Columbia have chosen to depart from federal policy and chart their own course on the issue of medical marijuana, as states are entitled to do under our federalist system of government. These states have rejected the fallacy long promoted by the federal government—that marijuana has absolutely no accepted medical use and that seriously ill people must choose between ignoring their doctors’ medical advice or risking arrest and prosecution. They have stopped using their scarce law enforcement resources to punish patients and those who care for them and have instead spent considerable resources and time crafting programs that will provide patients with safe and regulated access to medical marijuana.

States with medical marijuana laws have chosen to embrace an approach that is based on science, reason, and compassion. We are lawmakers from these states.

Our state medical marijuana laws differ from one another in their details, such as which patients qualify for medical use; how much marijuana patients may possess; whether patients and caregivers may grow marijuana; and whether regulated entities may grow and sell marijuana to patients. Each of our laws, however, is motivated by a desire to protect seriously ill patients from criminal penalties under state law; to provide a safe and reliable source of medical marijuana; and to balance and protect the needs of local communities and other residents in the state. The laws were drafted with considered thoughtfulness and care, and are thoroughly consistent with the American tradition of using the states as laboratories for public policy innovation and experimentation.

Unfortunately, these laws face a mounting level of federal hostility and confusing mixed messages from the Obama Administration, the Department of Justice, and the various United States Attorneys. In 2008, then candidate Obama stated that as President, he would not use the federal government to circumvent state laws on the issue of medical marijuana. This promise was followed up in 2009 by President Obama with a Department of Justice memo from former Deputy Attorney General David W. Ogden stating that federal resources should not generally be focused ‘on individuals whose actions are in clear and unambiguous compliance with existing state laws providing for the medical use of marijuana.’ This provided welcome guidance for state legislators and administrators and encouraged us to move forward with drafting and passing responsible regulatory legislation.

Nonetheless, the United States Attorneys in several states with medical marijuana laws have chosen a different course. They have explicitly threatened that federal investigative and prosecutorial resources ‘will continue to be directed’ towards the manufacture and distribution of medical marijuana, even if such activities are permitted under state law. These threats have generally been timed to influence pending legislation or encourage the abandonment of state and local regulatory programs. They contradict President Obama’s campaign promise and policy his first year in office and serve to push medical marijuana activity back into the illicit market.

Most disturbing is that a few United States Attorneys warn that state employees who implement the laws and regulations of our states are not immune from criminal prosecution under the federal Controlled Substances Act. They do so notwithstanding the fact that no provision exists within the Controlled Substances Act that makes it a crime for a state employee to enforce regulations that help a state define conduct that is legal under its own state laws.

Recognizing the lack of any real harm to state employees, a number of states have moved forward. New Jersey Governor Chris Christie drew on his own experience as a former United States Attorney in deciding that New Jersey state workers were not realistically at risk of federal prosecution in his decision to move forward implementing New Jersey’s medical marijuana program. Rhode Island, Vermont, Arizona, and the District of Columbia are also in the process of implementing their state laws.

Nonetheless, the suggestion that state employees are at risk is have a destructive and chilling impact. Washington Governor Christine Gregoire vetoed legislation to regulate medical marijuana in her state and Delaware Governor Jack Markell suspended implementation of his state’s regulatory program after receiving warnings from the United States Attorneys in their states about state employees. Additionally, a number of localities in California ended or suspended regulatory programs after receiving similar threats to their workers.

We, the undersigned state legislators, call on state and local officials to not be intimidated by these empty federal threats. Our state medical marijuana programs should be implemented and move forward. Our work, and the will of our voters, should see the light of day.

We call on the federal government not to interfere with our ability to control and regulate how medical marijuana is grown and distributed. Let us seek clarity rather than chaos. Don’t force patients underground, to fuel the illegal drug market.

And finally, we call on President Obama to recommit to the principles and policy on which he campaigned and asserted his first year in office. Please respect our state laws. And don’t use our employees as pawns in your zealous and misguided war on medical marijuana.”