Obama and the Environment: In Need of a Climate Shift?

Last week, the NPQ Newswire commented on the job creation prescriptions of Bill Clinton. It would be hard to miss the subtext in the former president’s article, the cover piece in Time magazine, which implied several shortcomings of the Obama administration on this score. Now former Vice President Al Gore, the man who would have been president in 2000 but for a SCOTUS decision about hanging chads, has filed a 7,000 word piece in Rolling Stone, “Climate of Denial,” criticizing President Obama’s climate change missteps, or perhaps non-steps, opening the door to environmentalists from the nonprofit sector to weigh in on what the Obama administration could have and should have done. 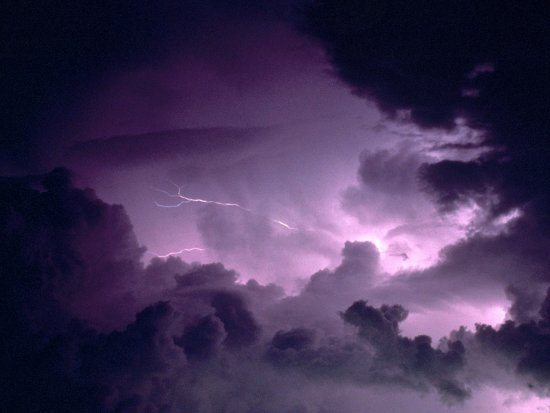 Gore’s writing style is exceptionally blunt:  “President Obama has never presented to the American people the magnitude of the climate crisis . . . He has simply not made the case for action. He has not defended the science against the ongoing, withering and dishonest attacks. Nor has he provided a presidential venue for the scientific community — including our own National Academy — to bring the reality of the science before the public.”

Our interest here isn’t whether Gore is right or wrong, but how nonprofits play into this. A recent Politico article implies that nonprofit environmental organizations are no more pleased with the president than Gore is:

·       “Unfortunately, President Obama’s instinct seems to be to avoid tough battles, relying on the argument that even as his record falls short, his administration is better on conservation than the previous one and better than any likely to succeed him should his reelection effort fall short.” (Defenders of Wildlife President Rodger Schlickeisen)

·       “When you see him swinging in the wind, it’s just deeply disappointing. We know he has a capacity to lead in a historic way. Instead, we see moments of this brilliance and then you can literally see him back-peddling after the oil companies visit, or the donors, or his inside staff.” (Betsy Taylor, co-founder of 1Sky and described as a “philanthropic adviser to several climate donors and foundations” not identified by Politico)

·       “There’s no question that there’s a lot of frustration with the lack of progress on climate policy to date.” (Dan Lashof, Natural Resources Defense Council)

·       “There are many…who are less angry than very disappointed in the president’s rather conventional timidity.”  (Clean Air Watch President Frank O’Donnell)

Is the environmental movement losing its clout with the Obama White House and perhaps the Democratic Party overall?  Certainly, the cap-and-trade legislation that made it through the House of Representatives before the 2010 elections simply died in what should have been the somewhat friendly, majority Democratic Senate.  Gore mentioned his disappointment in the president’s tepid support of cap-and-trade, allowed to “wither” partly because of the concessions he gave the oil companies without getting anything in return.

In the wake of the release of the Giving USA 2011analysis last week, Gore’s critique may signal something more. President Obama has been a vigorous national advocate on K-12 education issues through his support for the “Race to the Top” and “i3”, reflected in the sturdy growth of charitable giving for education in 2010 despite the ravages of a robust economic recession. Giving to education rose 5.2 percent during that period.

Although international giving has been on the upswing consistently since the tragedy of 9/11, President Obama’s expansion of U.S. military activities in Afghanistan and U.S. support for “Arab spring” changes in North Africa, combined with Secretary of State Hillary Clinton’s advocacy of “smart power” (utilizing a full range of civilian international aid tools to complement military strength) certainly signal a national commitment for greater charitable and philanthropic support for giving overseas – giving to international affairs rose 15.3 percent in 2010, abetted partly by giving in response to the earthquake in Haiti, but still a large increase no matter what (giving for international affairs rose 18.6 percent cumulatively between 2008 and 2010).  It has long been a truism that donors – and philanthropic grantmaking institutions – watch the elections for hints and cues of what is needed and appreciated.

It would be difficult to imagine a better potential fundraiser for environmental issues than Al Gore –prolific, passionate, well informed, and an Academy Award winner for his film, “An Inconvenient Truth.”  Emboldened by the power and influence of the movie, Gore announced in 2006 the creation of the Alliance for Climate Protection, which, according to Politico, he said would raise and spend $300 million in three years to push through a climate change bill.  The Alliance has several components, and Politico probably is referring to one of its arms, the Climate Protection Action Fund, which explicitly carries out direct and grassroots lobbying for climate change legislation.

Politico suggests that Gore’s fundraising and spending is well short of the $300 million goal.  At a minimum, whatever it has done, it hasn’t succeeded in moving the president toward climate change activism.

Maybe this was all an exceptionally brilliant ploy by Gore to secure Obama’s reelection. But whacking the president’s timorous moves on climate change, maybe Gore was trying to solidify the president’s position with moderates and conservatives who don’t quite get the issue or are unwilling to consider the necessary steps that the world’s largest economy has to take to address this impending world calamity.

Want evidence?  A week earlier, Gore applauded Obama’s most powerful election opponent, Mitt Romney, for his climate change position, for “sticking to his guns in the face of the anti-science wing of the Republican Party.” A compliment from Gore should lose Romney some right wing votes, like criticism from the inconvenient truther might boost the president’s standing with shaky voters.  Remember, President Obama campaigned in 2008, in direct contrast to his eventual vice president nominee, Joe Biden, endorsing the oxymoronic concept of “clean coal.”