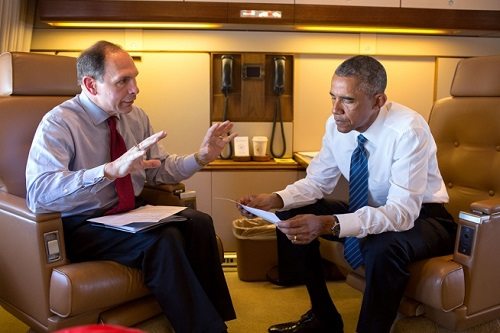 President Obama could not have been happy to have Senator Kay Hagan, the Democratic senator from North Carolina, issue a statement before his speech to the American Legion’s annual conference in Charlotte asserting that his administration had “not yet done enough to earn the lasting trust of our veterans and implement real and permanent reforms at the VA.” That was the lead-in for President Obama’s speech in front of as many as 9,000 convention attendees.

In his speech to the largest of the nation’s veterans service organizations (VSOs), President Obama intently tried to answer Hagan’s criticism:

“What we’ve come to learn is that the misconduct we’ve seen at too many facilities—with long wait times, and veterans denied care, and folks cooking the books—is outrageous and inexcusable. As soon as it was disclosed, I got before the American people and I said we would not tolerate it. And we will not….We are going to get to the bottom of these problems. We’re going to fix what is wrong. We’re going to do right by you, and we are going to do right by your families. And that is a solemn pledge and commitment that I’m making to you here.”

Adding to President Obama’s difficulties, as he was delivering his speech, VA staff were leaking the conclusions of the VA Inspector General’s report that the fraudulent record-keeping and scheduling delays at the Phoenix VA hospital had not contributed to the deaths of any veterans. When the report was officially released later in the day, after the president’s speech, VA officials, including recently departed interim secretary Sloan Gibson, said that they expected the IG’s finding regarding the deaths all along—though the report was nonetheless described by CNN’s Drew Griffin and others as a “scathing” denunciation of the practices at the Phoenix VA facility.

Referring to the business background of new Veterans Affairs Secretary Bob McDonald, the president affirmed that the administration is “instituting a new culture of accountability” in the department. He promised that he and McDonald would fire staff people engaged in unethical practices or cover-ups and protect whistleblowers (who have “identified a legitimate problem”) from retaliation.

Oddly, Secretary McDonald’s public statement in response to the IG report, while apologizing to veterans who had to endure delays in their medical care, was mostly a listing of the improvements that the VA had made in Phoenix and systemwide, substantially downplaying the charges detailed in the IG’s report, such as thousands of veterans not being seen by doctors, including many cases of seriously clinically significant delays in treatment and extensive falsified lists and records to cover up the delays. So far, despite the current IG revelations—which, we have noted, have been the subject of several previous IG reports issued during both the Obama and Bush administrationsas well—it appears no one has yet been fired as a result of the VA scandal, though McDonald announced that seven senior officials have been placed on administrative leave and some “two dozen health-care personnel have been removed from their positions.”

The big nonprofit VSOs are hardly the only veterans organizations with a stake in the future of the VA. Among the older VSOs, groups like the Amvets (260,000 members), the Jewish War Veterans (100,000), Vietnam Veterans of America (68,000), and others, joined by organizations with a younger, post-9/11 veteran membership such as the Iraq and Afghanistan Veterans of America (IAVA), are going to be watching closely to see if a culture of accountability really emerges in the VA.—Rick Cohen