Occupy Offshoot Nonprofit Buys and Forgives Debt for 1,000 in Louisville. Why? 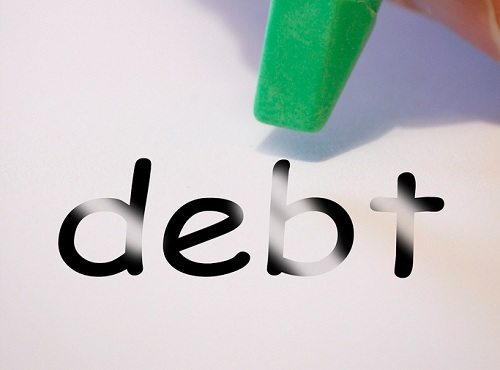 That’s the opening to a certified letter sent to 1064 people in the Louisville area who owed serious medical debts.

The Rolling Jubilee Fund has as its goal the buying and abolishing of defaulted personal debt (as opposed to letting it be acquired and pursued by debt collectors) and so it reportedly has bought and forgiven more than a million dollars’ worth of medical debt for Louisville residents, ranging from $25.50 to $8,790.

Medical debt is, of course, famously the leading cause of bankruptcy in this country. The fund uses donations to purchase debt from debt brokers and collection agencies for pennies on the dollar.

“We believe that no one should have to go into debt for the basic things in our lives, like healthcare, housing and education,” said Thomas Gokey, the organization’s vice president. Gokey believes that a double standard exists where debt is concerned; Wall Street banks that owe billions of dollars are bailed out, while “the same options are not available for the 99 percent.”

The Rolling Jubilee Fund is not releasing the name of the agency it bought the debt from, or the names of those who have benefited from the project. “We are committed to protecting the privacy of debtors and it would be irresponsible of us to make that info public,” Gokey said. “We are hoping some of the 1,064 people will step forward.”

The fund is an offshoot of Occupy Wall Street and the name of the organization refers to the Biblical concept of the “jubilee year,” which took place every fifty years and under which all debts could be absolved.

This is the second debt payoff for which The Rolling Jubilee Fund claims responsibility. On its website, the fund states that the first was in upstate New York, where it bought $100,000 in medical bills owed by 44 people for $7,100. None of those whose debts were paid have come forward, and about half the letters they sent to debtors have come back as undeliverable.

In The Nation late last year, Andrew Ross and Astra Taylor wrote about the strategy, acknowledging that it was far from a structural response to the debt problem in this country, and instead focusing on the value of the discussion it sparked online:

“The Rolling Jubilee kicked off a lively debate about the root causes of mass indebtedness, the government’s double standard where debt relief is concerned (why do banks, not people, get bailed out?), the powerful, coercive morality of debt repayment and the significance of activists entering the debt-buying industry. Looking ahead, the Rolling Jubilee has served as a kind of beacon, inspiring experts and laypeople alike to share their ideas for the next wave of the movement.

The Rolling Jubilee is proving to be wildly effective public education, exposing the seedy underbelly of the debt system and the inequities it perpetuates. For the best part of a week—an eternity in the world of social media—regions of the Internet vibrated with discussion and crowd-sourced information about the internal workings of this murky marketplace. How many borrowers, hounded by collection agencies, knew how cheaply their harassers had bought out their loans? How many knew that original lenders get to ‘charge off’ their defaulted accounts and take a tax break—another kind of bailout—before bundling them into portfolios for sale on this shadowy, secondary market?”

So, it turns out to be an economic literacy program that keeps people focused on an inequitable and unworkable economic system, with the side benefit of relieving individuals of their debt load for pennies on the dollar. Not a bad strategy when looked at that way. Your thoughts?—Ruth McCambridge