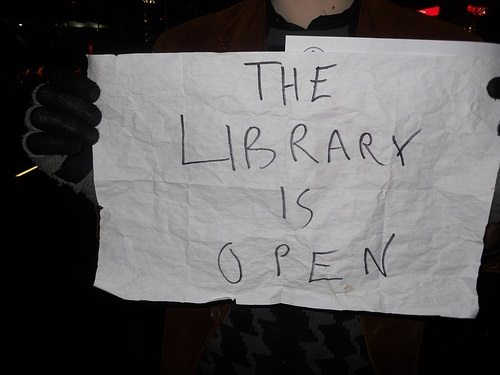 A settlement of nearly $600,000 has been made by the City of New York to resolve a lawsuit filed by Occupy Wall Street protestors arrested as they walked down a sidewalk in the East Village on New Year’s Day in 2012.

After clearing Zuccotti Park, police accompanied around 200 protesters as they were marched to the East Village, eventually stopping and surrounding them, then ordering them to disperse. When they did not, due to being blocked by police, they were arrested and charged with disorderly conduct, a charge later dropped by the Manhattan district attorney’s office. This video on Ustream shows the incident.

Fourteen protestors will receive payments of $5,000-$220,000 each, and the rest goes to the lawyers. The city has already committed to pay more than $300,000 to resolve two other suits, one having to do with the destruction of books and one having to do with lost computer equipment.—Ruth McCambridge