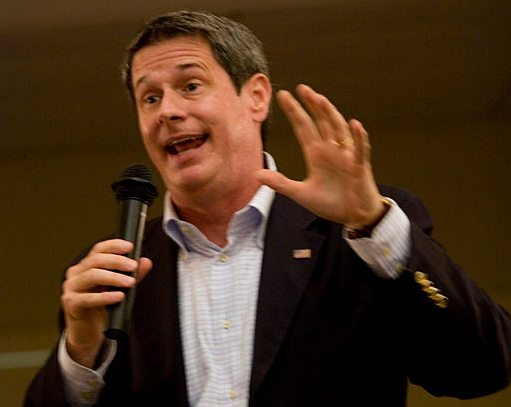 The ugly Republican attitude toward food stamps—formally the Supplemental Nutrition Aid Program (SNAP)—has reared its head again in the U.S. Senate, and Democrats seem to be lazily following the Republicans’ lead. Remember Newt Gingrich’s slur during the presidential campaign describing Barack Obama as the “food stamp president”? Apparently, the Republicans are at it again.

Sen. David Vitter (R-LA) has attached an amendment to the Farm Bill that would ban “convicted murderers, rapists, and pedophiles” from getting food stamps, as explained on Vitter’s website. The Agriculture Committee accepted Vitter’s amendment by unanimous consent. The applause from right-wing sites largely echoes this statement by Debra Heine on breitbart.com: “Thank God we can all agree that taxpayers shouldn’t be forced to feed murderers, rapists, and pedophiles.” There is already a prohibition against convicted drug felons who might collect use food stamps, though Mother Jones reports that some states have opted out of this. Vitter’s amendment would prohibit state opt-outs on the categories of food stamp users he would prohibit.

So what’s wrong with this amendment? The NPQ Newswire checked the specific language of Vitter’s amendment, which prohibits “convicted felons” in the following categories from receiving food stamps:

“(1) IN GENERAL.—An individual shall not be eligible for benefits under this Act if the individual is convicted of—

(E) an offense under State law determined by the Attorney General to be substantially similar to an offense described in subparagraph (A), (B), or (C).”

What does this mean? It appears that someone who may have been convicted years, or even decades ago, for aggravated sexual abuse or sexual assault, even if they have served their sentence and been released, would lose food stamp eligibility. It doesn’t require defending sexual abusers to realize that some crimes may have been convicted in someone’s youth; the person served his sentence and has since been integrated back into the community, but as a low-income person, needs food stamps. Per Vitter, that’s enough for disqualification.

Another paragraph of Vitter’s amendment is also troublesome:

“(2) EFFECTS ON ASSISTANCE AND BENEFITS FOR OTHERS.—The amount of benefits otherwise required to be provided to an eligible household under this Act shall be determined by considering the individual to whom paragraph (1) applies not to be a member of such household, except that the income and resources of the individual shall be considered to be income and resources of the household.”

Robert Greenstein, the president of the Center for Budget and Policy Priorities, called Vitter’s amendment “stunning” and “racially tinged.” He points out, “Given incarceration patterns in the United States, the amendment would have a skewed racial impact. Poor elderly African Americans convicted of a single crime decades ago by segregated Southern juries would be among those hit.” He says that “(t)he amendment essentially says that rehabilitation doesn’t matter and violates basic norms of criminal justice.”

It’s hard to imagine what was going through the minds of the majority Democrats on the Agriculture committee as they assented to Vitter’s amendment, one of a string of “welfare reform” bills Vitter has announced in recent days. Maybe they were just thinking about the House of Representatives, which according to Mother Jones must cut food stamp funding and reduce the number of recipients by roughly two million. Pick your poison: Vitter’s targeted aim against the notion of doing one’s time and being rehabilitated, the Democrats’ inexplicable unanimous consent, or the House’s planned broad-brush assault on the entire food stamp program.—Rick Cohen