On A Mission To Make White People Uncomfortable 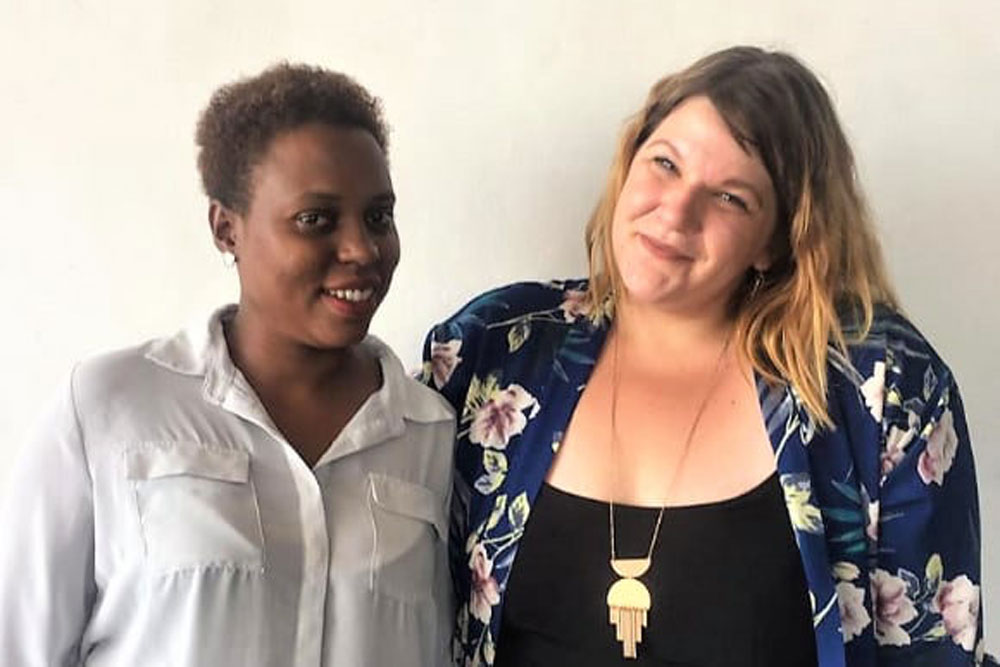 Whether calling out celebrities or highlighting controversial issues about race, a relatively new, but hugely popular campaign is using Instagram to hold altruistic white people accountable.

As their name suggests No White Saviors want to challenge narratives that center white people as the heroes of the story. It is co-founded by a pair of social workers, Ugandan Olivia Alaso and American Kelsey Nielsen, who take aid workers, missionaries and popular figures to task via social media.

“We’ve been criticized for being radical, for being too extreme,” Alaso tells us. But as a Black woman, she says, “I don’t regret the way we approach this situation, because I think it’s time we talk about these things.”

Kelsey Nielsen describes her role on the multicultural team of six people as the “white savior in recovery.” She first met Alaso in 2014 at a nonprofit that Nielsen had started in Jinja, Uganda. When she looks back at that time now, she says it is illustrative of so much that is wrong with the way whites often dominate different spaces in Africa. She notes that she was younger than Alaso, a foreigner in Uganda, and yet she was Alaso’s boss. “The only reason I’m in charge here, the only reason I have power, is not because I’ve earned it,” she admits. “But because of an unearned privilege and an unearned access to that power.”

In this podcast, Alaso and Nielsen tell us why it is so important to recognize and question the power dynamics inherent in white saviorism. They share how the inequities they witnessed while living and working within the white community in Jinja led them to start No White Saviors. And they discuss the challenges and responsibilities of having a growing platform on the internet.

Despite critics accusing them of racism, they feel their partnership is positive. “Having someone who is a Black woman, and of African nationality, and then someone who is a white woman, who has very much been part of the problem, coming at it in a unified sense,” Nielsen says. Their message is “unapologetically ‘white people, you need to do better. We need to do better.’”

Tiny Spark’s What Can We Do About The White Savior Complex?

Glim: “We Never Said No White People, We Just Know You Shouldn’t Be The Hero Of The Story”

The Guardian: Charity at heart of ‘white saviour’ row speaks out