Opportunities and Challenges for Nonprofits in California’s Budget Surplus 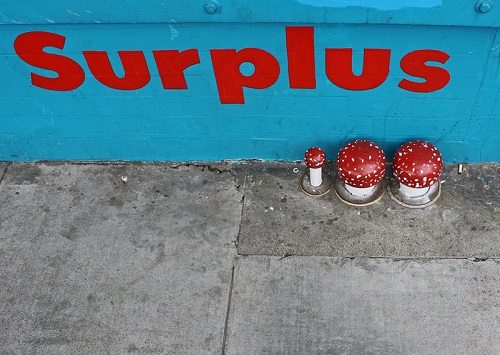 CalNonprofits’ Sacramento lobbyist Kris Lev-Twombly tells California’s nonprofits through the organization’s current e-newsletter that the state will likely end this year with a $2.4 billion surplus.

But, he asks, “Does this mean nonprofits and the communities we serve will get bigger slices of the pie? Possibly, in time.”

Lev-Twombly points out that the Legislative Analyst Office, the California Legislature’s nonpartisan fiscal and policy advising body, projects that fiscal year 2013-14 will close with a surplus of $2.4 billion in July, with a surplus the following year of $5.6 billion, and as much as $10 billion in reserves by 2018.

“This is certainly good news for California. It demonstrates some economic recovery, and it shows the immediate benefits of Prop 30, which temporarily increased the state sales tax and increased income tax rates for California’s highest earners,” he says. CalNonprofits supported Prop 30, backed by the advocacy of nonprofits around the state. Lev-Twombly covers the state capital for the group.

However, Lev-Twombly cautions that the revenue increase doesn’t necessarily mean restored public funding for services and the nonprofits that provide them.  He points out that $2.4 billion is only a small portion of the state’s $96.2 billion annual budget, and that the legislature and the governor are more inclined to use the surplus to pay down debt and build up reserves, rather than spend it.

“So now may not be the time to expect increased funding for the programs and services we provide and that benefit the communities we serve. We may have to let the pie cook a little longer (and cool!) before we go to slicing it up,” he advises California’s nonprofit leaders, continuing, “But that doesn’t mean to put the slicers back in the drawer; it means to sharpen them up and keep your budget advocacy efforts alive.”

Lev-Twombly lays out what he calls “three truths” about the budget process and how nonprofits can best advocate for themselves, their clients and causes:

He concludes with a key message on the critical importance of nonprofit advocacy, and a pledge from CalNonprofits to step up to the plate: “Our sector has come a long way in developing advocacy savvy, and our influence on policy in Sacramento has grown a lot in recent years. But our ability to influence the state budget on behalf of the communities we serve is much less robust.

“Because the budget process is opaque and complex, our victories have been few and we have a lot to learn.  In the coming years, CalNonprofits will be partnering with organizations around the state to raise awareness of budget advocacy, and help nonprofits better understand how to influence the budget process.”—Larry Kaplan