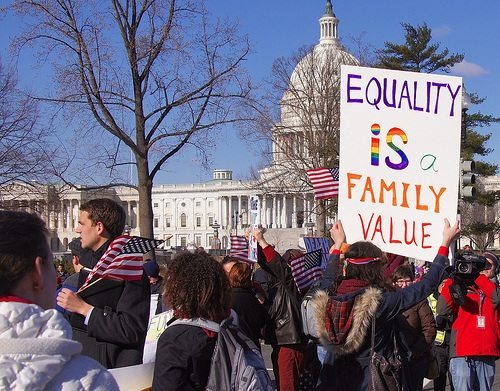 Sometimes you just have to take the bull by the horns. So it is for Orange County, Fla. Tax Collector Scott Randolph, who announced yesterday that he would offer up to a $1,300 stipend to any of his employees with a same-sex partner who wanted to access healthcare benefits. This would offset any federal tax hit they might experience. As it is now, since same-sex marriage isn’t recognized on the federal level, employees face an additional federal tax if they add an unmarried partner to their health plan coverage.

Randolph has been listening to the Defense of Marriage Act (DOMA) and Proposition 8 arguments at the Supreme Court this week. “We need to put some pressure on the federal government…” Randolph tells the Orlando Sentinel. “Maybe we can build that pressure from the ground up.”

Randolph estimates that 10 to 15 workers may take advantage of the measure in his office. This would not be the first such measure in the nation or even in Florida’s public agencies. –Ruth McCambridge