Organizing for America Amped up about State of the Union Agenda 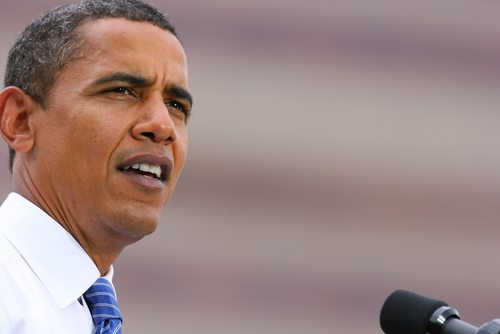 For most of America, President Barack Obama’s State of the Union address was, like much of what this president says or does, a Rorschach test displaying whatever feelings of their own that they carried into and out of the event. Democrats were largely pleased by nearly everything the president said. Republicans, as evidenced by Marco Rubio’s response, thought it was the same-old same-old. Likewise, New York Times columnist Paul Krugman lobbed that same-old same-old charge at Rubio’s response. People outside of seats of Congress probably responded to the president’s seemingly poll-tested remarks on preschool education, on high schools giving out community college-like degrees, on innovative job laboratories like the prototype he cited in Youngstown, Ohio, on getting a better bang from colleges, and more.

Among the absolutely happiest listeners had to have been the staff and supporters of the new Organizing for Action (OFA) nonprofit, the 501(c)(4) social welfare organization that has taken up the cudgel of Obama’s campaign to promote the president’s second term agenda. After the State of the Union, there was an Organizing for Action conference call with as many as 133,000 participants who had signed up. According to Politico, President Obama was on the call. During the call, OFA Executive Director Jon Carson and National Organizing Director Sara El-Amine stressed that the OFA job was now to “push for the agenda he laid out during the address.”

The OFA call, as reported by Politico, seems to have offered some interesting insight into the State of the Union. For some of us, it felt more like a campaign speech than a State of the Union address, especially with the president’s exhortations to Congress to vote up or down on gun control and to vote on something, anything that might move the nation toward comprehensive immigration reform. One can imagine OFA using the SOTU as a framework for its upcoming organizing effort. That might have been the President’s agenda all along.

Obama may very well believe that the hyper-partisan Washington gridlock is not going to be overcome by negotiating with Congress. Heck, even his own party colleagues, such as Senate Majority Leader Harry Reid, may be hostile to the assault weapons ban or other elements of his legislative proposals. It wasn’t long into the speech before the president appeared to be speaking past Congress and directly to the American public, to gin them up to stimulate Congressional clunkers to act.

Maybe that’s why we saw so little—actually, nothing—of the nonprofit sector in the State of the Union. The president already has his own nonprofit—Organizing for Action—which can pull in conference call participation the size of a medium-sized city, so who needs the confusion of working with disparate nonprofits outside of the control of campaign operatives like Carson and El-Amine? This may be the future: a politically controlled archipelago of chapters of a nonprofit that originated in the White House and that is prepared to push for the president’s agenda. –Rick Cohen