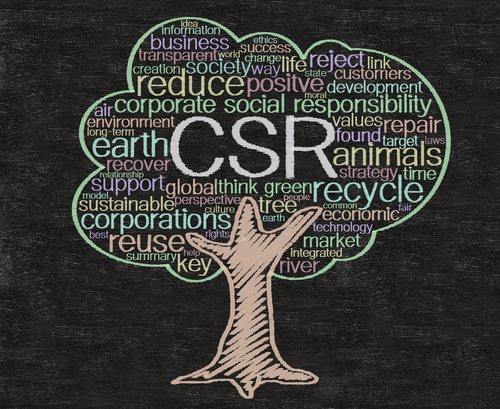 Intrepid Australian blogger Colin Penter draws our attention to the new Oxfam International report and campaign called “Behind the Brands.” Penter says that the report “confirms what many of us have argued for years—that corporate social responsibility is a sham; a ruse to conceal and detract attention away from the destructive practice of corporations.”

Based on his recommendation, we took a look at the Oxfam report. The table below is a scorecard on the behavior of 10 top food corporations across seven factors that typically comprise elements of corporate social responsibility frameworks and agendas (the scores in the chart below are: 0-1 very poor; 2-3 poor; 4-5 some progress; 6-7 fair; and 8-10 good):

Table adapted from the “Behind the Brands” report company scorecard.

We can almost hear the howls of protest from the 10 companies right now, but as Penter points out, the Oxfam “report delves below the surface of corporate responsibility rhetoric.” The ratings are based on publicly available materials from the companies themselves. Here, for example, is Oxfam’s commentary on the ratings of the companies on transparency:

Nestle: Pretty impressive. Nestle reveals where it sources from and how much it sources, and it reports well on sustainably. Shame its supplier data is lacking, though.

Danone: Danone’s new Forest policy lists detail about what it sources, where it sources it and in what quantities – though key supplier information is lacking.

CocaCola: Along with Nestle, Coca-Cola is impressively honest and forthcoming about the auditing and compliance of its suppliers and about what happens if suppliers fall short.

Mars: For a private company, Mars is unusually open about the nature of its audits. It needs to reveal more about where its commodities come from, however.

Unilever: It might be forthcoming about the volumes of commodities it sources and about its lobbying, but Unilever is fairly secretive about its suppliers.

Kellogg’s: With a higher scorer on transparency, Kellogg is fairly open about its audits but much more secretive about the commodities used in its products.

Mondelez: Increasingly honest about its lobbying, Mondelez is otherwise elusive– disclosing little information about its own suppliers or their compliance with its code.

PepsiCo: More transparent than the cola to which it gives its name, PepsiCo is open about its audit processes, but remains secretive about where it sources its commodities.

Associated British Foods plc: Room for improvement, but ABF provides some information about where it sources its raw materials and about the way in which suppliers are audited.

General Mills: General Mills is the most secretive of the Big Ten companies. Of all the materials it sources, the only stats publically available are about palm oil. Everything else remains secret…

Overall, the comparatively high rating for Nestle surprised us, particularly given that Nestle was recently found guilty of spying on an NGO, as NPQ recently noted. The comparatively low ratings for General Mills, PepsiCo, and Kellogg’s were also a surprise, in light of the extensive philanthropic engagement of all three (including the significant equity shares of Kellogg’s owned by the Kellogg Foundation). In the U.S., we often get swayed by corporate philanthropy and fail to see the bigger picture of corporate social responsibility. Oxfam’s detailed but accessible scorecard is great and reveals that at least this part of the corporate sector is better skilled at marketing and public relations than at living up to pledges of corporate social responsibility.—Rick Cohen