Pacifica Radio Archives: A Fundraising Video with a Powerful Story 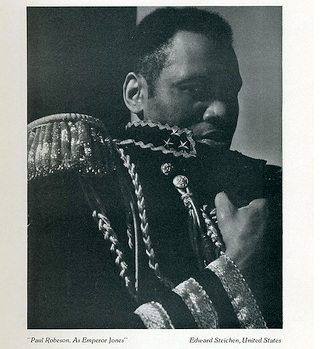 Here is a gift that must be listened to. A video by Leighton Woodhouse’s Dog Day Video designed to raise money for Pacifica Radio Archives brings us short snippets of the powerful voices of Paul Robeson, Harvey Milk, Bob Dylan, Rosa Parks Caesar Chavez and others who have deeply affected the political sensibilities of activists in the realms of social justice.

Pacifica Radio Archives: Guardians of Our History from Dog Park on Vimeo.

Pacifica Radio has spent six and a half decades on air and its archives are the living history of those political and cultural times on the left.

Says the video maker, “Over those years, Pacifica Radio brought the Beat poets to the public airwaves. It stood up to McCarthy and faced an investigation by the House Un-American Activities Committee for Communist subversion. It sent volunteers to the South to cover the emerging Civil Rights Movement; the son of the network’s then-President was murdered along with two other activists while registering black voters in Mississippi as part of Freedom Summer. It showcased some of the world’s most prominent voices against the Vietnam War, and it put Seymour Hersch on the air breaking the story of the massacre at My Lai. It broadcast a live interview with Che Guevara. The KPFT radio tower was bombed twice by the Ku Klux Klan during its first year on the air. It saw internal strife and underwent a turbulent unionization drive by its staff (labor-management conflict at Pacifica persists today). It won journalism awards for its coverage of the Iran-Contra hearings and for Amy Goodman’s reporting for Democracy Now on massacres in East Timor by Indonesian occupying forces. It syndicated editorials from Mumia Abu-Jamal, “live from Death Row.” It covered the Zapatista uprising in Mexico. It broadcast interviews with alleged “eco-terrorists,” animal rights activists and anarchists before they were sent to jail for crimes of political dissent. It has served as an indispensable tool for activists and communities that lacked a political voice, both in the United States and abroad.”

The Pacifica Radio Archives are an important historical resource and well worth our support. Let us know what you think of the video. –Ruth McCambridge