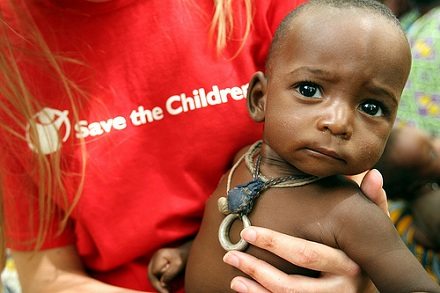 Pakistan is reportedly expelling six expatriate staff members of Save the Children, charging that they helped the man who helped the U.S. government find Osama Bin Laden, leading to his assassination by a U.S. Navy SEAL team. Save the Children denies its people were involved and claims that the Pakistani government hasn’t really explained the reasons for the expulsion order. At the heart of the issue is a Pakistani doctor, Shakil Afridi, who was charged with high treason and sentenced to 33 years in prison for his alleged role in leading the SEALs to Bin Laden. The Pakistani government claims that Afridi ran a fake vaccination program for the C.I.A. as cover for him to lead the Americans to the al-Qaeda terror boss. A Save the Children spokesperson admits that Afridi attended at least three Save training programs, but the Pakistani government alleges that Save dragged its feet in responding to Pakistani requests for more information about what Afridi might have gotten through his connection to the NGO.

Lessons to be learned abound here, if not for NGOs then certainly for the U.S. government. As sad as the STC expulsion order might be, one has to feel horrible for Afridi. The C.I.A. has acknowledged that Afridi worked for them, in part because U.S. Defense Secretary Leon Panetta named Afridi as an ally in an interview for “60 Minutes.” The details of the administration’s verbal spillage have been out and about for a while, particularly in this New Yorker article. What utter stupidity to talk about the killing of Bin Laden and naming the names of people who were involved in this way! The U.S. is now asking for the Pakistani government to release Afridi and the U.S. Congress cut aid to Pakistan in the wake of Afridi’s arrest, but it doesn’t take too much brainpower to figure out that once American officials confirmed Afridi’s C.I.A. role, he was just about guaranteed to experience the inside of a Pakistani jail cell for a long time.

By most accounts, Save the Children does great work. By providing humanitarian aid to Pakistan, its staff works in one of the most unsettled, conflict-ridden parts of the world, guided by organizational leadership which knows how to work in such turbulent political terrain, managing relationships with often warring constituencies and managing to survive. But everyone in these countries knows that the big NGOs like Save function based on funds from the U.S., both charitable and governmental. Heavily weighted to the years from 2007 to 2011, usaspending.gov shows Save with 762 contracts or grants from the U.S. Agency for International Development (USAID) totaling slightly more than $656 million and 50 from the Department of State totaling just under $31 million, just to name two of the granting agencies. But sometimes, U.S. government officials seem to forget that U.S. policies might make the staff of U.S.-based and U.S.-funded NGOs vulnerable to official or unofficial host government reprisals.

Beyond the six being kicked out, Save the Children has another 2,000 workers in Pakistan who may continue to be targets. Let’s hope that Pakistan relents on the expulsion of the Save workers and doesn’t take further steps against the organization. Let’s also hope that the U.S. government has learned from the Bin Laden escapade to refrain from the overwhelming itch to turn every “success” into campaign fodder (or into a book, as we also note in a newswire about a Navy SEAL Bin Laden tell-all today). It may be too late for Afridi, unless the U.S. government buys his freedom somehow, but hopefully it’s not too late to protect Save the Children workers providing humanitarian assistance in Pakistan. —Rick Cohen