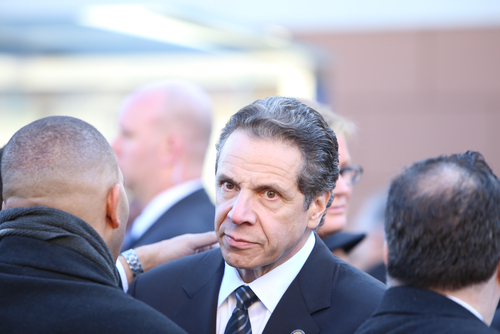 In January, New York governor Andrew Cuomo revealed his new thinking on public education. Although he announced his support for an increase in the state’s education budget, he tied it to teacher evaluations linked to student test results, an increase in the charter school cap, and assigning outside groups to the management of low-performing schools. Already incurring trouble with the progressive wing of the Democratic Party, notably in the surprising and vigorous primary challenge he faced from Fordham University law professor Zephyr Teachout (who captured more than a third of the vote against the incumbent), the Cuomo education budget has led to a large number of protests involving parents and teachers at New York City schools.

This Chalkbeat article credits Leonie Haimson, the executive director of Class Size Matters, with the idea of protesters forming human chains around school buildings to demonstrate their opposition to the Cuomo agenda. The anti-Cuomo protests are being held before and after school hours because, Haimson said, “We can’t ask public schools to close.”

The protesters’ before-and-after school hours strategy stands in sharp contrast to the approach taken by supporters of charter schools. Charter school advocates last week bused parents and kids to Albany to protest for more charter schools during regular school hours, a strategy that even included closing Eva Moskowitz’s Success Academy charter school network so that Success students could pile onto buses to Albany. Success spokespersons said that the bus rides were the equivalent of field trips for the students, while parents were not required to attend. To us, it seems odd that “public” schools (as charters are) could close and send hordes of red t-shirted students for lobbying at the State Capitol. Imagine the reaction if non-charter public schools closed and organized “field trips” for kids to lobby against charters. Something is wrong with this picture if the administrators of the charter schools that used kids for lobbying aren’t upbraided for violating regulations regarding political lobbying by public employees and using pupils as props under the camouflage of student field trips.

The Senate budget also includes a bill that would create a program of tax credits for corporations and individuals donating to public and private schools: donations up to $1 million would receive a 90 percent tax credit, and total donations up to $300 million would be split between scholarships to “cover tuition at private schools–which critics see as a backdoor voucher program—and public school foundations like New York City’s Fund for Public Schools.” That doesn’t seem very backdoor to us. A tax credit is much more attractive than a tax deduction, as nonprofits know all too well. It isn’t hard to see corporations and hedge fund players lining up to finance private school vouchers—and get a nice tax benefit along the way.

Juan Gonzalez of the N.Y. Daily News has been keeping track of the political dynamics behind the charter school and voucher schemes. In a recent article, he notes, “Hedge fund executives have unleashed a tsunami of money the past few years aimed at getting New York’s politicians to close more public schools and expand charter schools.” Earlier this week, the Bill & Melinda Gates Foundation and the Walton Family Foundation sponsored a program at the Harvard Club in Midtown Manhattan titled “Bonds and Blackboards: Investing in Charter Schools.” As Gonzalez said, the name of the program tells it all—there is money to be made from charter schools. Governor Cuomo has cleaned up in campaign donations from hedge fund operators and has received significant contributions from several who are big charter school backers, such as Carl Icahn of Icahn Enterprises (who has created charter schools in the Bronx), Julian Robertson of Tiger Management (whose son runs a charter school in Brooklyn), Joel Greenblatt of Gotham Capital (a cofounder of Moskowitz’s Success Academy chain), and Daniel Loeb, of Third Point LLC (chairman of the board of the Success Academy network).

The hedge fund operators are also significant supporters of pro-charter groups like Democrats for Education Reform, Families for Excellent Schools, Students First New York, and New Yorkers for a Balanced Albany. With access to relatively unrestricted money due to the Citizens United decision, the charter backers are outspending the unions (and other pro-union groups) with $16 million in lobbying and campaign expenditures in New York last year compared to only $12 million by union forces. It should be no surprise that at the charter schools’ March 4th rally in Albany, one of the speakers was none other than Governor Andrew Cuomo himself.

As the state’s top Democrat, Governor Cuomo’s significant support for the charter school and school privatization groups adds to a powerful, well-financed education reform juggernaut. It takes considerable courage to stand up to Cuomo, as Syracuse Mayor Stephanie Miner did when she declared last week that the Cuomo budget “scapegoated” teachers and did nothing to overcome financial inequities among school districts.

This is a battle that isn’t going to go away quickly. Governor Cuomo has a number of issues that he is doing battle around, including questions regarding how untransparent his most transparent administration ever has turned out to be, as Leticia Miranda has outlined in her “Cuomo Obscura” piece in a recent issue of ProPublica. His administration’s closeness with hedge fund billionaires and their proclivity to push charter schools means that the education reform battles in New York State look destined to heat up rather than cool off in the future.—Rick Cohen 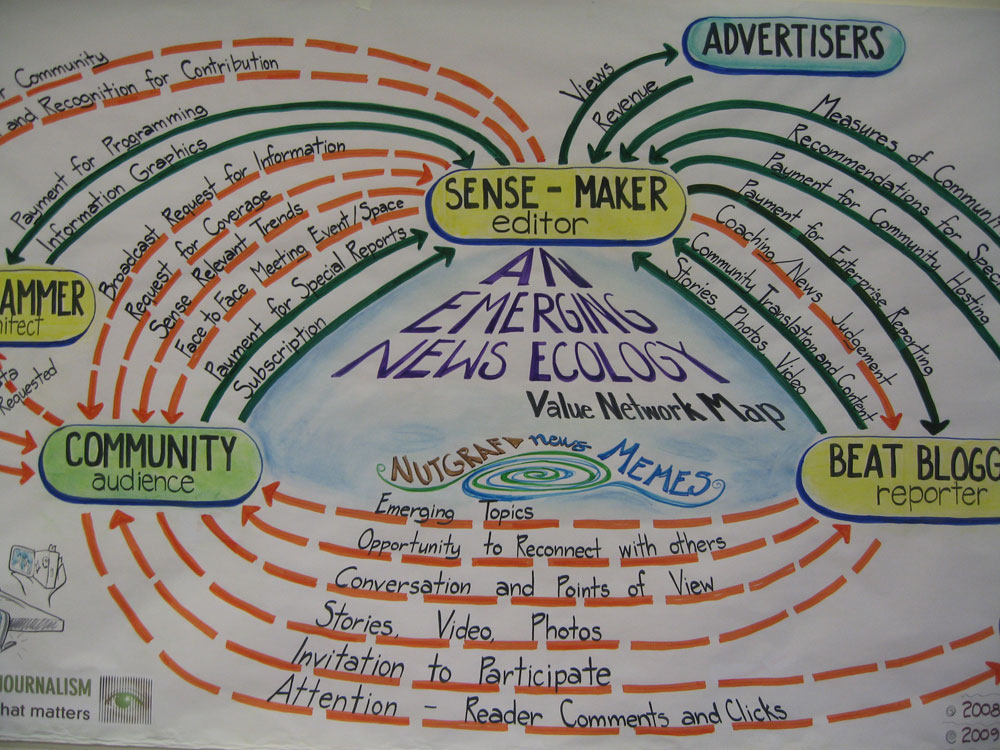